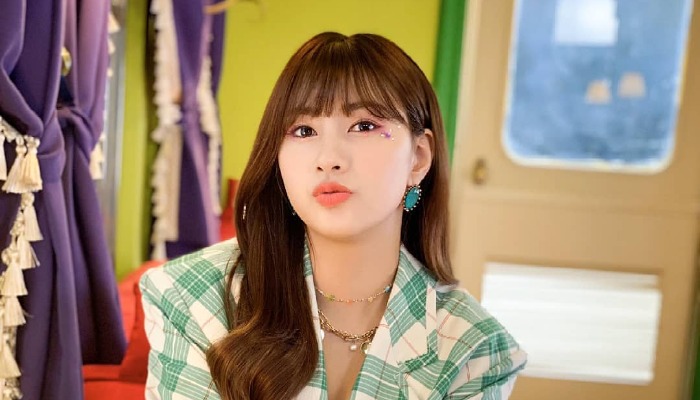 Hayoung first set foot as a K-pop idol when she attended an audition for Cube Entertainment.

At that time, she was still in the 7th grade of junior high school. After she was finally accepted and qualified as a Cube Entertainment trainee, she continued her education at the School of Performing Arts Seoul.

She then decided not to continue her studies to focus on Apink’s activities, from show performances to promotions.

After 1.5 years as a trainee, Cube Entertainment finally published Hayoung as the third member of Apink on February 21, 2011.

Together with the group Apink, Hayoung debuted on Mnet’s M Countdown in April 2011 by performing the songs Wishlist and Mollayo.

During her career, she has not only been in Apink. Hayoung is also focusing on a solo career. Her solo debut was on August 21, 2019 with the release of Oh! and Don’t Make Me Laugh.

Her debut album peaked at number 8 on Korea’s Gaon Album Chart and grossed over 9,000 copies in 2019.

In addition, she also spread her wings in the world of singing by singing the song I’m Fine as the OST of the drama Soul Mechanic in 2020.

1. She looks so cute yet hot in this pinky look

2. Her hairstyle is worth to try

4. Her casual look is just unforgettable

5. Hayoung looks so sporty in this photoshoot

Hayoung may be the youngest member in Apink, but her experiences are no joke. She is also very lovely and charming, and that’s why we want to see her performance more in the future.