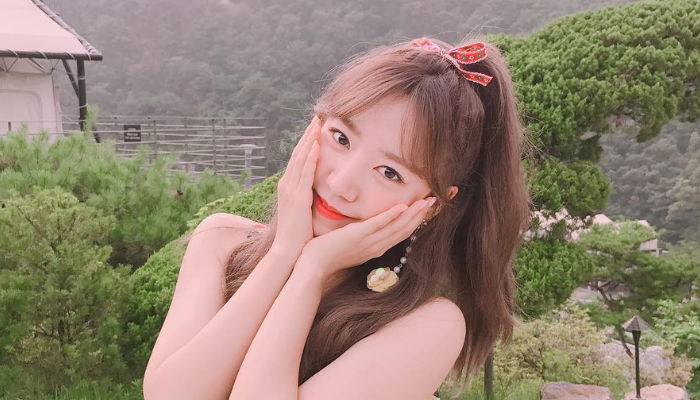 Namjoo started her life in the entertainment industry when she was 13 years old, at which time she managed to star in a TV commercial in 2007.

Her career then continued when she successfully passed Cube Entertainment’s Cube Party audition in 2010.

Namjoo then made her first stage debut with the group Apink on Mnet’s M! Countdown. At the event, they performed Wishlist and Mollayo.

Her career doesn’t just stop in the world of singing. In 2015, she was cast for the web drama Investigator Alice. In the drama, she plays a detective named Chun Yeon Joo.

In 2016, she continued the role of Chun Yeon Joo for the second season. In the same year, she and her Apink partner, Bomi, became the newest hosts on Shikshin Road.

She finally made her solo debut on September 7, 2020 with her latest single album, Bird.

1. She looks so badass in this retro wave theme outfit

2. She’s in her dreamland with her color palette, pink and purple

3. Namjoo is being a slaying queen

4. She looks so refreshed in this photo

5. Namjoo’s side profile is worth to be admired

Namjoo is a super attractive woman who loves giving their best effort in every aspect. She’s really talented, very beautiful, and so bright. We are rooting for you, Namjoo!