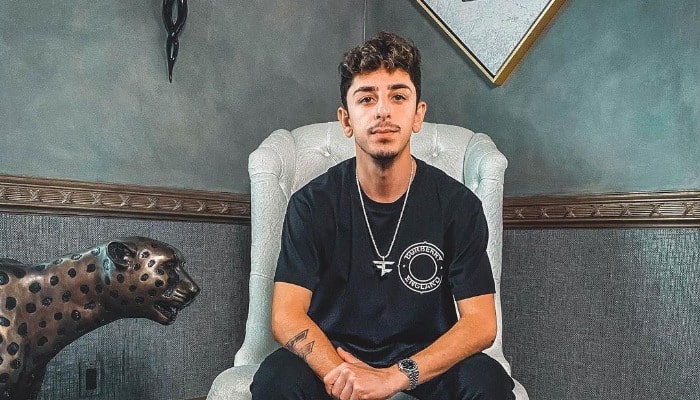 FaZe Rug, or Brian Awadis, made his YouTube channel along with his brother when he was in the first year of college. Up to 2009, he only uploaded three videos, then stop.

In 2012, he started his own channel and uploaded short clips when playing Call of Duty.

As he began making YouTube and game his career, Rug created a gamer collective called Faze Clan in 2010.

They played various games including Black Ops 2, Call of Duty, and Counter Strike.

He released a single called Goin’ Live in November 2019 and launched the music video in January 2020. He appeared in a guest role in a comedy show named Ridiculousness.

Throughout his career, Rug has collaborated with other famous Internet stars, such as Sommer Ray, Dixie D’Amelio, and James Charles.

1. The YouTuber wears a black outfit with white shoes

2. He matches his bag’s color with his car

3. Rug poses in front of a helicopter

4. His yellow hoodie matches the sky

FaZe Rug is a famous YouTuber worldwide. He always keeps up with new trends and challenges to make her channel up-to-date.