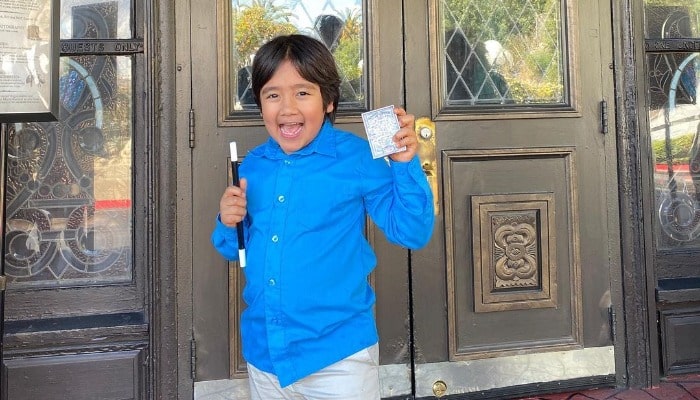 Ryan’s World channel by Ryan Kaji was created because the boy asked his mother why he couldn’t be on YouTube, while other kids could.

His mother then bought him a Lego set and made the video on a channel called Ryan ToysReview.

The idea of making a YouTube channel was also to share it with Ryan’s big family outside the United States. Ryan continued making videos on various toys and doing science experiments.

The line was partnered with Bonkers Toys and PocketWatch. It then was launched at Walmart. In the same year, he also developed a video game called Tag with Ryan.

He appeared in a TV series named Ryan’s Mystery Playdate for 20 episodes in 2019. This Libra boy also released another game named Race with Ryan, partnered with Outright Games.

The channel has affected the toy industry. After the reviews were watched, the sales went up significantly.

3. Ryan poses with his dog

4. He shows his craft from small marble

Ryan’s World has made a huge amount of money and built a big following, even when he is still a kid.