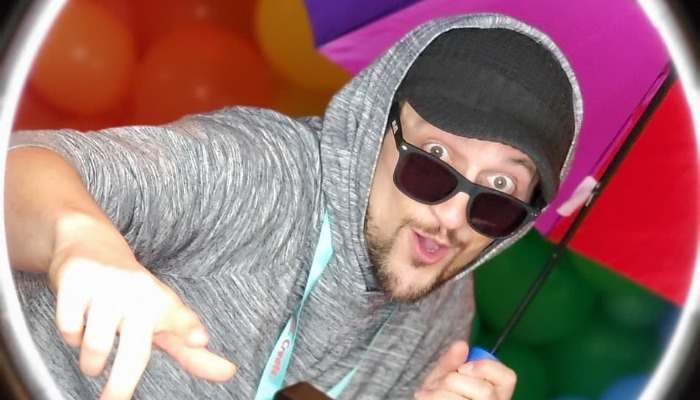 At first, it was about family vlogging. He uploaded in August 2007 about his daughter ate vinegar chips.

Then, it continues spreading to other fun activities. His channel later also covers various kinds of videos including reviews, gameplays, and challenges.

The game ranges from Angry Birds to Pokemon Go and Plants vs Zombies. Vincent acts as the producer, director, and editor of the channel.

While recording his family’s adventure, the father also acts as the voiceover artist.

After his children got older, Vincent created a YouTube channel for them named TheSkylanderBoy AndGirl.

He also created other channels, such as FGTeeV, DohMuchFun, and FV Family for each niche like kids’ toys, skits, and family vlogs. The YouTuber also makes a hip-hop channel called IntellVEVO.

1. He shows an egg to celebrate Easter

2. Vincent poses with one of his dogs, Oreo

3. The YouTuber takes a selfie at a stadium

4. He poses with a scary creature

5. Vincent takes a selfie with a statue holding his drink

FGTeeV Duddy has built his business empire on YouTube. Even though he has received many criticisms, Vincent keeps creating fresh content.