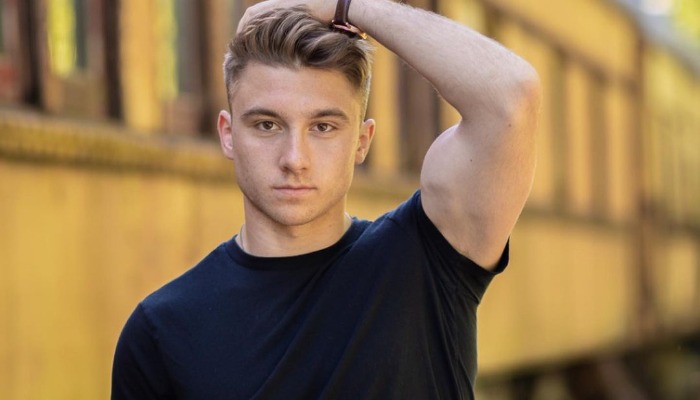 Garett Nolan becomes famous on TikTok after uploading workout videos and him being shirtless to show his muscular body.

He then posts about his military, nursing, and modeling activities. He often features his cat on TikTok. His trademark since then has become a sexy man on the Internet.

This Internet celeb also joined YouTube in December 2014, but he only shared short videos from his TikTok compilations or workout tutorials.

Thus, the most popular videos on his channel include the US Marine Corps Training and best pull-up workout techniques.

He created a merchandise line too consisting of an abs stimulator and joined management named White Cross Management.

As he gained more fame, Garett got opportunities to be a model for a global fashion brand named Boohoo, Major USA magazine in January 2021.

1. A selfie from Garett Nolan!

2. The white suit looks good on him

5. He wears a white long T-shirt and light blue jeans

Garett Nolan has taken great advantage of his well-built body to get people’s attention. He will continue gained success with his awesome appearance.