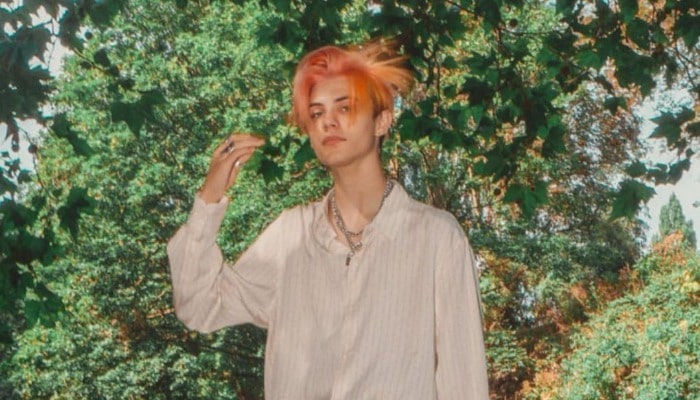 At first, Noen Eubanks shared a short video on TikTok to show it to his older brother, but when he checked it again, 100 people had seen the video.

He became excited and continued uploading lip-sync and comedy videos. Noen then gained more followers on social media on TikTok and Instagram.

He then expanded his social media career on YouTube by creating a channel named The Noen Show in December 2019, sharing challenges and vlogs.

As he was exposed to huge popularity, Noen was chosen to be the face of a YouTube media company for Gen Z fan base, Kyra TV.

He was the first social media star who ever signed to the media. His profile has been featured as the Future Teen Stars of America in New York Times in October 2019.

Throughout his social media career, Noen has collaborated with other famous Internet stars, including Dixie D’Amelio, Addison Rae, and Avani Gregg.

1. This TikTok star wears red makeup and a black T-shirt

3. Neon’s style is bright and cool!

4. He poses with pink balloons

5. His face features are amazing

Despite the difficulties he had faced in his teenagerhood, Noen Eubanks has raised up and continued his life.