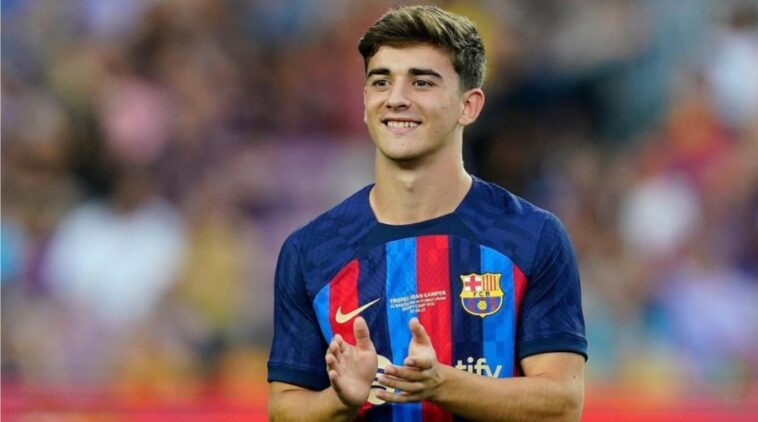 Gavi has been showing off his football talent since he was a toddler. When he was six years old, he even got into a muddy pond with the ball and all of that happens when he is at the wedding.

In 2010, he was enrolled in local club La Liara Balompié. He was six at that time and has been showing off his talent on the pitch. After spent four years with La Liara Balompié, he transfer to Real Betis.

While he is talented in football, his parents didn’t make any compromises regarding his education. Because of that, youth clubs who want to sign him make him study in the afternoon.

His shining performance at Real Betis got bigger clubs eyeing to scout him such as Real Madrid, Atletico Madrid, and Barcelona.

With the clever trick, Barcelona won to sign Gavi and he joined Barcelona when he was 11 and put in a youth team.

Keeping up his performance, Gavi led his team to win Youth Champions of Italy. Not long after he turned 16, Barcelona signed him to play in the Barcelona B and he became the youngest who debut under Barcelona.

He also makes him a talent to represent his nation. He has represented Spain at U-15 and U-16 levels.

His international debut on the senior side began when he received a call to represent Spain in the semi-finals of the UEFA Nations League.

“I’m the happiest kid in the world. It’s a dream come true. A thousand things went through my head and I was a bit nervous as I was warming up, but I went out to give it the max. I remember all the coaches I’ve had and how they helped me to develop.”

He had a hard time balancing his school and training. But, because he grits his teeth, he became one of the promising young footballers.