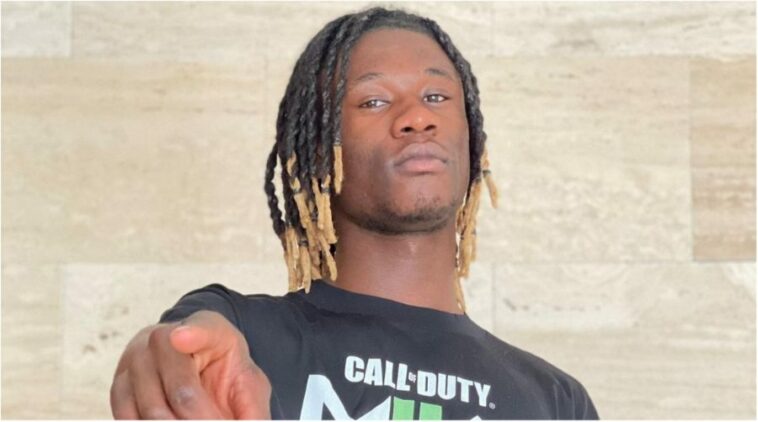 Eduardo Camavinga began his football journey when his mother sign him in the local club, Drapeau de Fougères when he was 7.

In his first ever club, he enjoys running and learning to build his characteristic of gameplay. He spent four years in Fougères before take trial at Rennes Academy.

When he was 11, he took a trial at Rennes Academy, which he passed on the trial. He made progress and rose to fame when he was 16.

He makes a move in 2021 and transfers to Real Madrid on a six year contract. He makes his debut with Real Madrid in the same year in a match against Celta Vigo and scored a goal shortly after coming off the bench.

Camavinga is French citizen who gained citizenship in 2019. A week after he gained his citizenship, he was selected to represent France U-21 for games against Georgia and Switzerland.

He makes his senior debut for France’s senior team in 2020, replacing Paul Pogba because he tested positive for COVID-19.

“Everything is going very fast for me. Everything that is happening to me is a dream come true.”

“In all honesty, each and every player made me feel comfortable, no exceptions. I think I am a friendly and open guy and when I have a question, I will ask, no matter if it’s to Toni, Luka or whoever. And certainly, when you reach out to people then they will also come to you more easily later. Having the chance of learning the job alongside these players is just great,”

“The quality everyone has and the training sessions are the two things which surprised me the most so far. When I got here the first day, I was tired after the first training session, but I got used to it. Maybe the language is what’s being tougher for me right now because I like to make jokes and have a laugh with everybody and my Spanish isn’t all that great yet,”

“Since we came here, we know we are in the best team in the world, we only play big games. I am very happy with the finals and the victory. ”

“The first thing to remember is this victory, teamwork and [only] after that, whether I played more or less is important.”

His mother signed him up to a local football club when he was 7. Though at first he preferred judo to football, but football became fate for him.