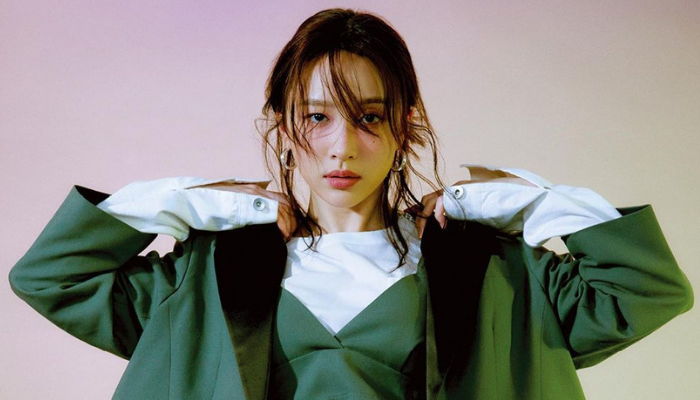 Before Hani got her success in EXID, she initially became a JYP Entertainment trainee.

Originally, she was supposed to do her debut as a member of JYP’s girl group alongside Hyolyn from Sistar, Jieun from Secret, and Uji from Bestie.

Unfortunately, JYP cut her after she took 1 year as a trainee. The agency said that Hani might not have a potential skill for becoming an idol.

Hani then tried to make her future run well again. She decided to leave Korea and study in China for approximately one year.

Shortly, she came back to Korea and became a member of EXID. She did her first debut with EXID on February 15, 2012 by releasing Whoz That Girl.

She also released Goodbye alongside her fellow member named Solji, Goodbye on February 15, 2013.

EXID then raised their popularity when they launched a new single called Up and Down.

She then continued to seeking for more solo career opportunities. Hani then successfully made some appearances in Always Cantare (2014), Off to School (2015), and Crime Scene (2015).

Hani also appeared on King of Mask Singers in 2016 as Little Match Girl. In this show, she really attracted the judges and audiences with her voice.

One year later, she released a song with Luna from f(x) and Solar from Mamamoo with the title Honey Bee.

After doing several solo projects, she decided to not renew her contract with Banana Culture, EXID’s agency in May 2019.

1. She looks very warm in this attractive brown outer

2. Hani with her cool pose

3. She is so attention-grabbing

4. Look how lovely Hani is

5. She is being cute without taking some efforts

EXID’s Hani is the epitome of an independent, hard-working, and brave woman. She doesn’t mind taking any risk as long as it will be good for her.

She is also a good idol and role model, which makes her fans love her unconditionally.