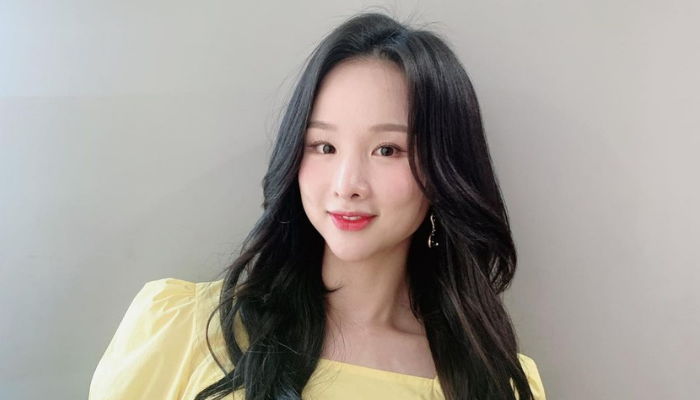 Before her name raised popularity with EXID, Solji started her career in the K-pop industry when she became a member of 2NB, a ballad duo with Gabin from Blady in 2006.

But unfortunately, 2NB disbanded six years later in 2012. After the duo disbanded, she tried to pursue her career as a vocal trainer for EXID.

Solji ended up becoming an EXID member. She was revealed as a member of EXID after AB Entertainment announced the departure of Dami, Yuji, and Haeryeong from the group in April 2012.

She became a member of EXID alongside Hyelin, who has joined Superstar K3 before.

One year later, she alongside Hani, her fellow member, was announced as a sub-unit of EXID. They then released single titled Goodbye on February 15, 2013.

Out of the EXID’s project, Solji ventured into her solo career. She joined King of Mask Singer in February 2015 and successfully won. This opportunity made her gain more popularity.

She then joined Duet Song Festival under MBC alongside Doo Jin Soo on February 8, 2016.

But unfortunately, Solji got hyperthyroidism and made her go in hiatus mode. She got hiatus from 2016 until 2018 and then did EXID’s comeback.

She was announced leaving Banana Culture on February 5, 2020, but she still is an EXID member and does the group’s promotion.

2. Her side profile is just amazing

4. Look how stunning Solji is in a blue outfit

5. Solji’s colorful appearance is the most interesting thing

EXID’s Solji isn’t just lovely and cute, but she is also strong and hard-working.

Even though she got some health issues, she ended up coming back to pursue her career. Her fans really love her spirit and energy.