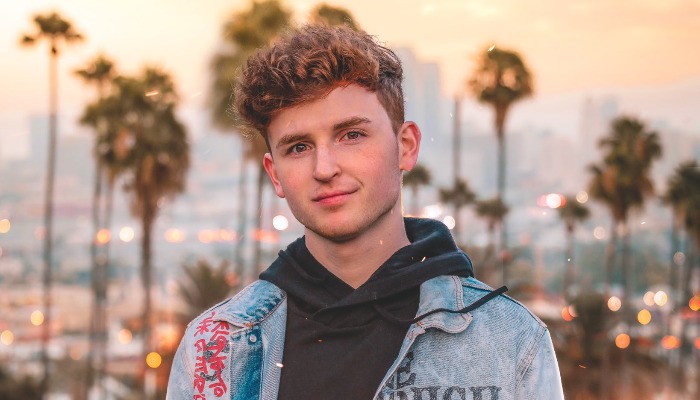 Caylus Cunningham, known as Infinite, has been obsessed with video games since he was a child.

As he also fell in love with skateboarding, Caylus released his first video of skateboarding with his friends in his backyard.

After growing his passion for Call of Duty, he decided to make a YouTube channel where he posted the game’s trick shots while doing a part-time job and school.

At the end of 2016, he made a different YouTube channel, then made various videos and vlogs.

This YouTuber continued uploading and his video about the top 5 water bottle flips got over 4 million views in just 2 weeks.

After that, Caylus posted videos every day. When he got 600,000 subscribers, he started posting reaction videos. It grew his channel even more.

Caylus also made a second YouTube channel where he uploaded gaming videos, such as GTA 5, Minecraft, and Among Us.

1. His smile is sweet

3. He took a selfie in front of the Hollywood sign

4. His purple hoodie is adorable

Infinite never gave up on reaching his goal of becoming a YouTuber. Now, he has gained a huge following and amount of money.