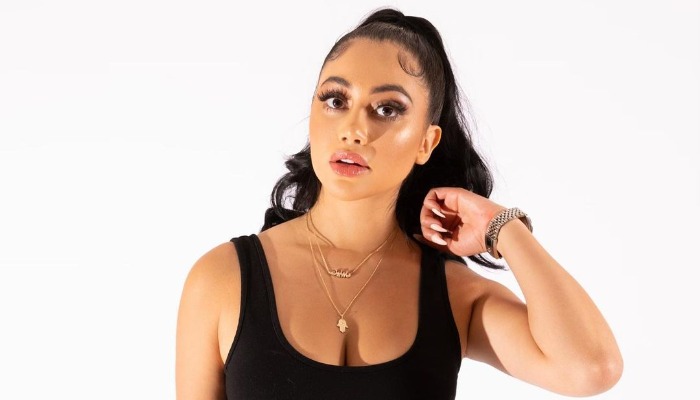 To improve her modeling skills, Jailyne Ojeda Ochoa attended Barbizon Modelling and Acting school. She gained fame after posting her photos on Instagram.

Her amazing body curve and many photos of her wearing bikinis attract huge followers on the platform.

She then signed up to a modeling agency called SouthWest Modelling and got a contract with Empire Talent and Management.

Jailyne has undergone various promotion work on the Arizona nightclubs and appeared in the music videos by Alfredo Olivas titled Tus Lagrimas and Nroc Leoj for Chemistry.

In April 2015, Jailyne made a YouTube channel to share vlogs and the behind scene of being a model.

She also developed an app named JLean Store for selling her merchandise line, including tops, skirts, and phone cases. She also released an app for releasing exclusive content for her fans.

She has worked with Fashion Nova. As an Internet personality, Jailyne has worked together with Jason Derulo for chair and fish challenges.

1. Her side profile is amazing

3. The black dress makes her look like a princess

4. Jailyne poses with the yellow car

5. The red lipstick and black hat give elegant look to her

Jailyne Ojeda Ochoa is a famous model that uses social media to climb up her career. She definitely has the brain and beauty!