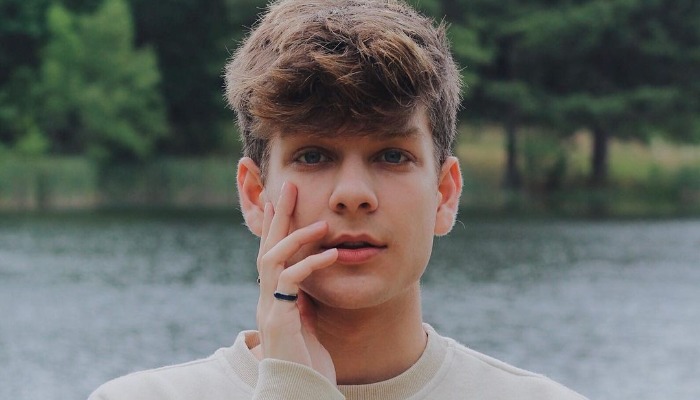 Nathan Triska began his social media career on Live.ly, YouNow, and Instagram, also tried Vine and Musical.ly when the social platforms were hyped.

He continued posting fun and comedic videos. His awkwardness attracts many people to follow him as they find it is cute. Nathan is also active and gains a big following on Twitter and Snapchat.

This TikTok star joined YouTube in April 2012, but his first video was uploaded in June 2015, when he shared American’s reactions to eating foreign candies.

In his channel, Nathan uploaded vlogs, challenges, and TikTok compilations.

In 2017, he was cast for the web series produced by Brat TV titled Chicken Girls, along with Avani Gregg, Jules LeBlanc, and Indiana Massara.

Nathan also appeared in the web series Dredgewood. He was also invited by youth media YouTube channel, such as Famous Birthdays Flighthouse, and Sweety High.

This Internet star has collaborated with other social media celebs, such as Mark Thomas, Baby Ariel, and Blake Gray.

4. Nathan wears a black outfit with a jeans jacket

5. He wears a golden necklace

With his unique style and awkward personality, Nathan Triska has captured people’s attention and earned many followers on his social media.