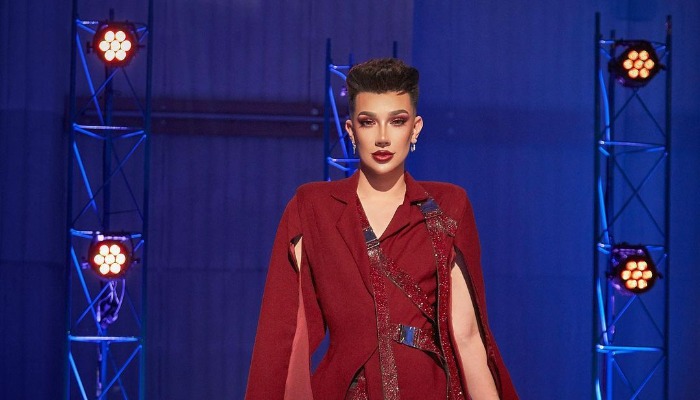 In this case, he gained popularity because of his makeup skill, makeovers, and challenges on YouTube and the TikTok platform.

James Charles started his career when his yearbook photo became viral in 2016.

In this case, he brought his highlighter and ring light to be extra. Other celebrities, such as Zendaya and Katy Perry, spotted and endorsed it. Then, he was then picked for CoverGirl to be its spokesmodel.

On the other hand, he also created interesting videos about makeup, such as makeup look challenges and makeovers.

The creative videos and make up skills gained people’s attention and made them subscribe to his channel. Also, another factor that helps him become famous is his personality and how he calls his fans sister.

In the beginning, he also collaborated with other beauty YouTubers, including Jeffree Star and Tati Westbrook.

In 2016, he won The Streamy Awards in the Beauty category. In addition, he also won Show of the Year from the same award in 2020 for his work Instant Influencer with James Charles.

Furthermore, he often does make up for celebrities, including Iggy Azalea for her music video and Kylie Jenner for her Halloween makeup.

Since becoming famous, he claims to be gay and has been involved with several people. With this in mind, James has been rumored to be dating Grayson Dolan of Sister Squad – a YouTube group, in 2018.

Although the rumor is very influential, the two deny the special relationship. Furthermore, the Affair Post reported that James did not acknowledge the rumored relationship with Grayson Dolan.

The following year, rumors circulated that James was involved in a romance scandal with a makeup influencer named Manny MUA in 2019.

However, the rumors died as Manny stated that there was no connection whatsoever with anyone.

In 2020, James dated Turner Ttfue Tenney as a new couple. Unfortunately, the couple never confirmed whether they actually had a romantic romance.

His net worth is around $22 million. In this case, his wealth is earned from several jobs such as Make Up Artist, Instagram star, YouTube star, and TikTok star.

James can earn at least $5 million per year from his channel’s YouTube views. In this case, the number increases if the subscribers on the account increase.

In February 2020, James decided to close a $7 million home in Encino, California. In this case, he had previously paid $15,000 a month to rent a house not far away.

However, the house was completely new, and he had never lived in it. Nevertheless, his house has a 10,000-square-foot home and six bedrooms.

“I always wear colored prescription contacts for my looks.”

“I do love a good dark guy. Maybe a beard – some sister scruff?”

“I love to do glam. But I also love a lot of creative, outside-of-the-box stuff.”

“I’m having fun. I’m being myself. I’m doing what I love. That’s all that matters.”

“My style, I’d definitely describe as athleisure with a twist of gay, which I really, really live for.”

“I hope to inspire others to be confident in their own skin and to love themselves with makeup or without.”

“Makeup is an art form for me. It’s a form of expression, and it’s such a cool way to get my creative juices flowing.”

“Breaking gender norms just comes instantly as soon as a boy is comfortable and confident enough to put on makeup.”

“Classic glam is beautiful and will never go out of style, but I like to try to push the envelope and create something new and inspiring.”

“I’m very thankful for the platform I’ve been given, and I realize that I’m a role model for many people. Thus, I want to use my platform to spread positivity.”

“I get a lot of fans who deal with poor mental health. But that’s the good thing about the Internet – that there are so many kids who can confide together and help each other out.”

2. His yellow shoe tie pops up

3. Stay at home with James Charles

5. What do you think of this all-blue outfit instead?

All in all, James Charles was born to break the stereotypes! With this in mind, he was a talented and creative beauty make up artist.