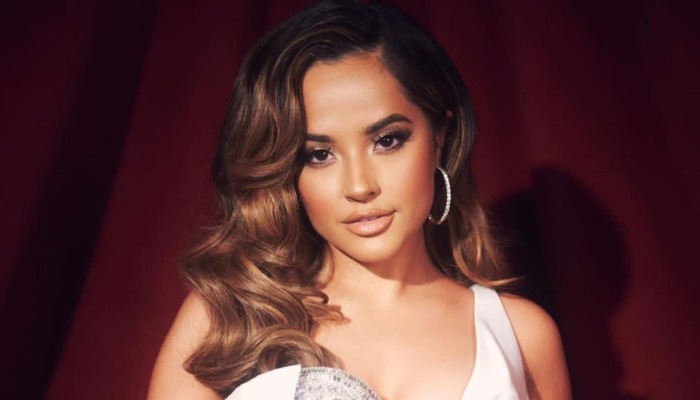 Becky G started his  journey to becoming a pop star when her family was struggling financially. She played a role in commercials and took voice-over jobs.

Moreover, She began sharpening her rap skills when she was 11. In 2008, she appeared in a short movie titled El Tux and the TV film La estación de la Calle Olvera.

Eventually, in 2011, a music producer Dr. Luke discovered her on YouTube, particularly her cover of Otis by Jay-Z and Kanye West. Then, she signed a contract with his label, Kemosabe Records.

In 2012, she launched her first single with will.i.am named Problem. Its remix version became the soundtrack of Hotel Transylvania. She also partnered with Cher Lloyd to produce Oath.

The song got a place on the Billboard Hot 100 chart. It also received a gold certification from the Recording Industry Association of America (RIAA).

Her debut album titled Cant Get Enough finally released in 2013. It features an American rapper Pitbull.

In 2014, she launched her first English album. Its lead single, Shower, entered the top 20 of Billboard Hot 100 and was sold 2 million copies in the US.

Her successful singles led her to collaborate with other famous artists, such as David Guetta and Daddy Yankee.

She also won many reputable awards, including the American Music Awards and the People’s Choice Awards.

3. This suit gives her a masculine look

Becky G’s talent is limitless! She can produce chart-worthy songs and act for films.