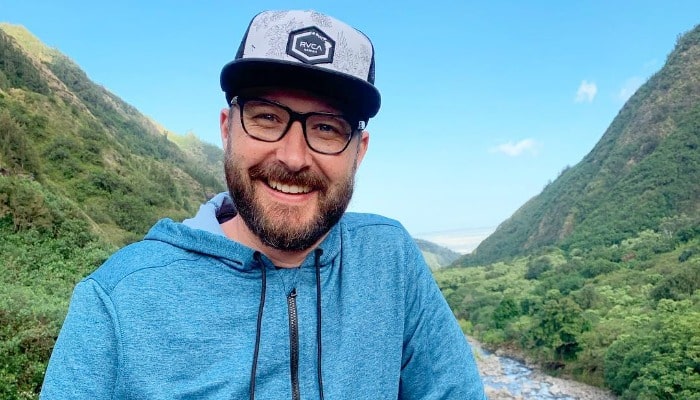 When TikTok is dominated by young people, Jason Coffee stands out as he’s more than 35 years old.

At first, he started his fame on Vine and gained a big following on the platform in 2013.

His first intention in uploading videos was because he loves social media. Coffee also grew his Instagram account. It got more than 1 million followers.

Coffee then moved to TikTok in August 2015. When Vine was shut down, he had almost a million followers on the platform.

He also created a YouTube channel with his own name in the same year. The video he uploaded for the first time was about slime challenge with Peyton Coffee, his daughter.

The videos are about funny videos and his daily life vlogs. He frequently features his family in his videos and even calls it Coffee Family.

He also collaborated with other TikTok stars, such as Maverick Baker, Sebastian Moy, and Cody Orlove.

1. An aesthetic black and white photo from Coffee

2. His pose with the sandal looks adorable

3. Who doesn’t agree that Coffee is funny?

5. A selfie from Jason Coffee

Jason Coffee is the cool and trendy dad on the internet. From a barista, he then becomes a successful social media star.