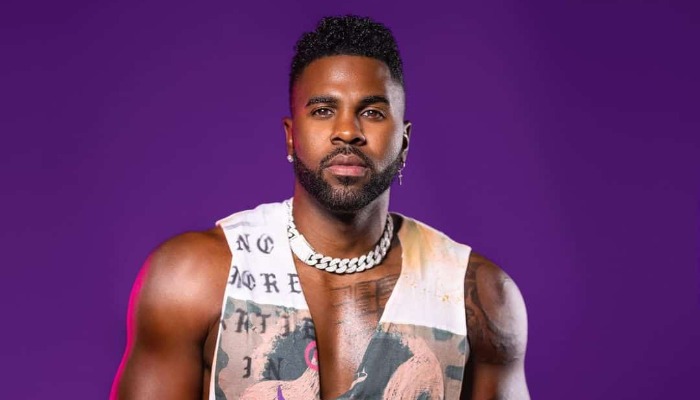 Jason Derulo is an award-winning singer that has sold more than 30 million copies of his pieces.

He also achieved over ten Platinum certifications. Throughout his career, Jason had collaborated with other famous singers, such as Korean boyband BTS, Pitbull, and Nicki Minaj.

However, his career doesn’t happen overnight. He tried writing songs since he was 8 years old and sharpened his music skills in performing arts schools.

His professional music journey began when Jason wrote songs for other artists, such as Lil Wayne, Diddy, and Cassie in 2006.

Moreover, he still performed as a solo singer. In the same year, Jason won Showtime at the Apollo, an American TV Show, that brought him to sign a contract with Warner Bros. Records.

In 2010, Jason released a self-titled album, and it reached the top ten on the Irish and UK Albums Charts. Next, the album also won Choice R&B Album at the 2010 Teen Choice Awards.

1. He has a body-built appearance

4. The singer’s side profile is amazing

5. He looks stunning with the yellow jacket!

Jason Derulo is a top singer around the world. He has made his way to gain fame and success.