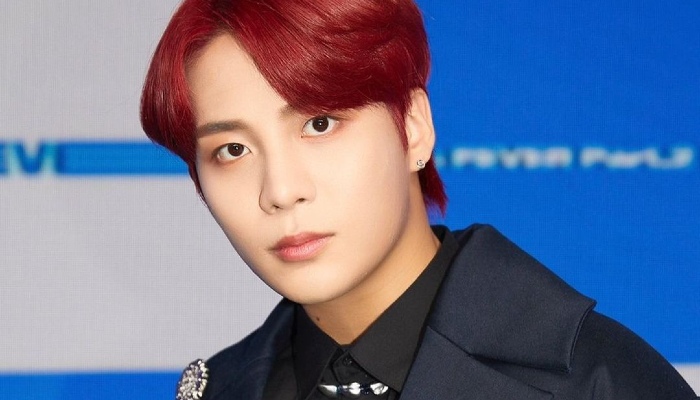 Jongho first wanted to become an athlete. But his love of singing made him dream of becoming an idol.

The man from Ilsan then joined the agency TOP Media. But he eventually left to join KQ Entertainment.

As KQ’s trainee, Jongho joined the survival reality show MIXNINE. He was later eliminated in the tenth episode. His final ranking overall is 43.

After his appearance in the reality show, Jongho became part of the boy band KW Fellaz.

They starred together in a web-series titled KQ Fellaz American Training. It showed their dance training in Millennium Dance Complex at Los Angeles.

The name KQ Fellaz was later changed into ATEEZ. Jongho, and seven other members made their debut in October 2018. Their first EP is titled Treasure: All to Zero.

ATEEZ released their first studio album in October 2019. The album is called Treasure: All to Action. It became their first album to top the Gaon Albums Chart.

2. He has a really adorable face

3. Red is definitely his color

4. Love this picture of him playing basketball

5. Jongho always gives his all while performing

Through his hard work, Jongho has become the great idol we all know. We hope to hear more from him and ATEEZ soon.