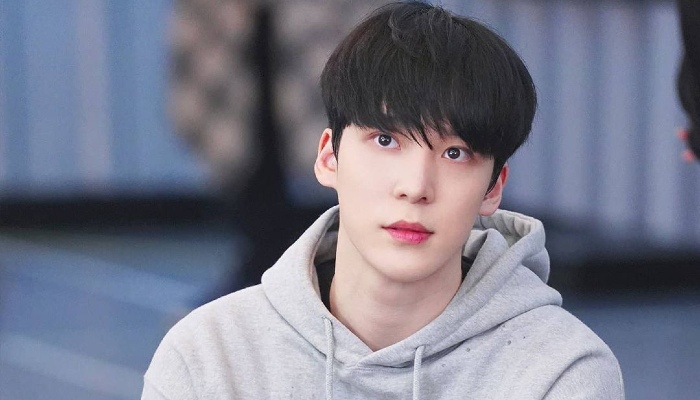 Yunho joined KQ Entertainment shortly after Hongjoong. He was the second person to train under the company. His dancing skill is especially noticeable, even during his training days.

After years of hard work, this Aries man got his chance to debut with new group KQ Fellaz.

Before their debut, the eight members made an appearance in web-series KQ Fellaz American Training. The show followed their dance training in Millenium Dance Complex at Los Angeles.

With the group, Yunho then officially made his debut in October 2018. During this time, KQ Fellaz has changed its’ name to ATEEZ. They released their debut EP Treasure: All to Zero in October.

This K-pop idol has also made a career as an actor. In 2021, he starred in the drama series Imitation. He played as an up and coming idol Lee Yu-jin of boy band Sparkling.

As part of the show, the fictional group also got to debut. They released their first digital single Diamond in May 2021.

1. Yunho has a perfectly adorable face

2. He looks amazing even in just simple style

4. Enjoying his day out in the sun

5. Yunho looks so cute in this picture

Yunho has proved again and again how talented he is. This K-pop star is definitely someone to look up to.