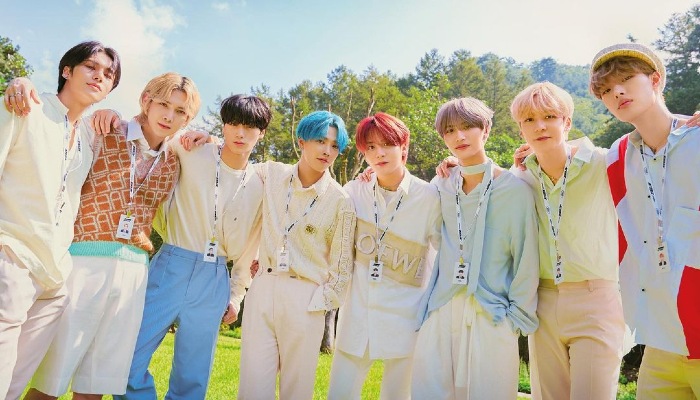 KQ Entertainment started planning the formation of a new boy group after contacted by Hongjong. The future leader of ATEEZ sent them a sample mixtape and a letter, expressing his interest in joining the company as a trainee.

Impressed by his creation, KQ Entertainment invited him to become their very first trainee. He remained the only trainee for six months before Yunho eventually joined him.

Later that year, several other people would join as well. Most of them had already trained under different companies.

Out of all the trainees, KQ Entertainment picked eight of them to become the KQ Fellaz. The eight members are Hongjoong, Seonghwa, Yunho, Yeosang, San, Mingi, Wooyoung, and Jongho.

To introduce them to the public, the members appeared in web-series titled KQ Fellaz American Training. It showed their experience training at Millennium Dance Complex in Los Angeles.

In 2018, the new boy group also had their own reality show titled Code Name Is ATEEZ. During this time, the name KQ Fellaz was dropped for ATEEZ. The show followed the members on their activities leading to their debut.

ATEEZ made their official debut in October 2018. They released their first EP Treasure: All to Zero. The tracks Pirate King and Treasure served as the lead singles. A music video for each song was also released during this time.

In 2019, the group won their first music show on M Countdown for their single Wave. The song came out of their third EP titled Treasure: One to All. Just five days later, ATEEZ got another win for the song on The Show.

Over the years, ATEEZ continued to release several more albums. This includes their first full-length album Treasure: All to Action in October 2019. The album earned ATEEZ their first number one on the Gaon Albums Chart.

ATEEZ has had an amazing career so far. There is no doubt that they will gain more popularity in the future.