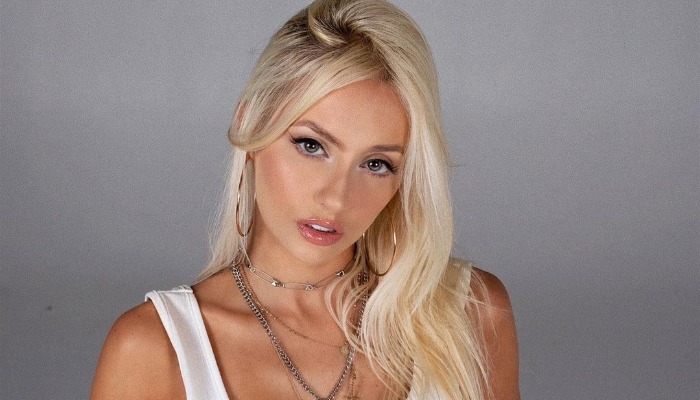 From a very young age, Katie Angel has been interested in the fashion and entertainment industry. She joined some castings when she was a child.

Katie also builds interest in music. She taught herself guitar from tutorials on YouTube. When she was studying at the medical school, Katie also became a model and appeared on television.

Her husband, El Oso is the one who encouraged Katie to make a YouTube channel. He saw many talents in his wife.

She finally created a YouTube channel in 2015 about beauty and entertainment videos.

One day, her hairstyle video got viral and got 1 million views within days. She continued uploading videos about challenges and vlogs. After doing 1 year on YouTube, Katie got her 1 million subscribers.

She started her singing career by releasing a music video titled Vuelve in January 2018. It was followed by Me Da Igual and Rompe La Pista in the same year. The videos got millions of views.

2. She looks cool with the blue hair and jeans top

3. Katie matches her hoodie with her car

Katie Angel has struggled in her life and her decision on becoming a YouTuber led her to a joyful life.