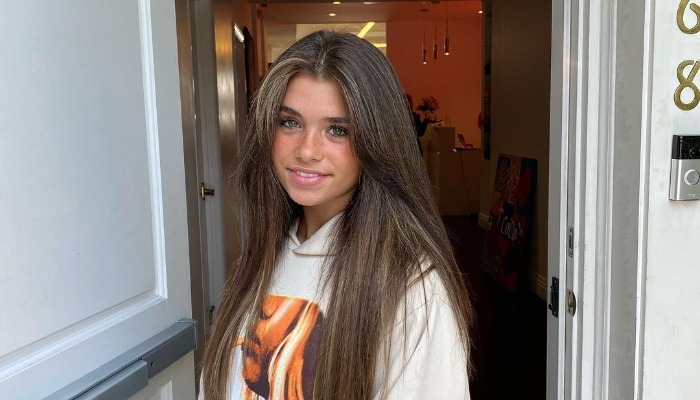 Around 2019, Nessa Barrett started posting content on TikTok. Her initial inspiration to make videos on the platform was because of her sister who was obsessed with it.

The main themes of her videos are lip syncs to pop and rap songs, also comedy dialogue. Her videos become popular because Barrett always follows the trends.

Not only she becomes a famous social media star, but this Leo girl also becomes more serious about entering the entertainment industry.

She released her first single titled Pain in July 2020. It was followed by if u love me in October 2020.

Barrett has been featured in famous media. For example, along with her boyfriend at that time John Richards, Barrett was invited to Famous Birthdays to do Q&A and fun games.

In October 2020, Refinery29 also invited her to share what’s in her bag.

Throughout her career, Barrett has collaborated with other TikTok stars, such as Jackson Felt, Anthony Reeves, and Juwany Roman or Flamingeos.

2. A cute selfie from Nessa Barrett!

3. The pink dress matches her surroundings

Nessa Barrett has the resources to be famous and successful in the entertainment industry. She already has a huge following and talent.