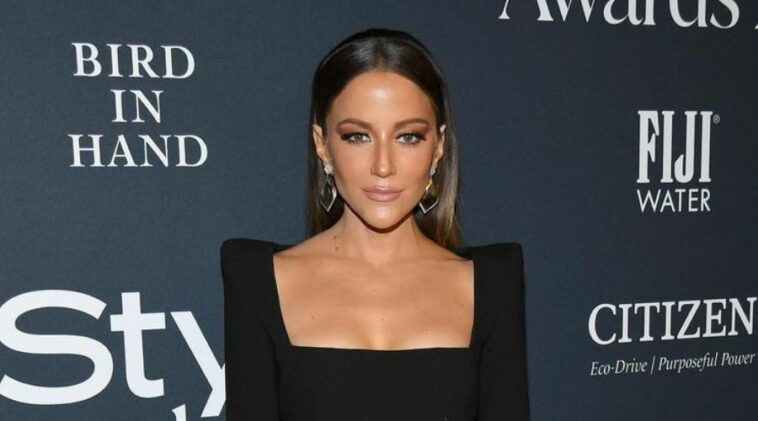 Kay Adams is a American sportscaster, known for her appearance in Good Morning Football.

She was born on April 6, 1986, in Chicago, United States. Throughout the years, she has expanded her career in communications and broadcasting very well.

Already having a desire to be a broadcaster since high school, Kay Adams started her dream career journey by attending a college with a related major, Communications.

After graduating from college, this Aries TV host then started her career as an in-game host for the St. Louis Cardinals.

Continuing her career from that, Kay then joined some fantasy football shows, such as DirecTV’s NFL Sunday Ticket Fantasy Zone, SiriusXM’s Livin’ the Fantasy, and SiriusXM’s Fantasy Drive.

That bright career then later was followed by her role as a TV host for FanDuel and NBC Sports Network.

Her career breakthrough began after she joined Good Morning Football for the NFL Network starting in 2016 to 2022.

Unfortunately, in May 2022, she left the show and decided to expand her career into other ventures.

Kay Adams is such an inspiring public figure. She is outgoing, playful, and knows how to attract the audience well.