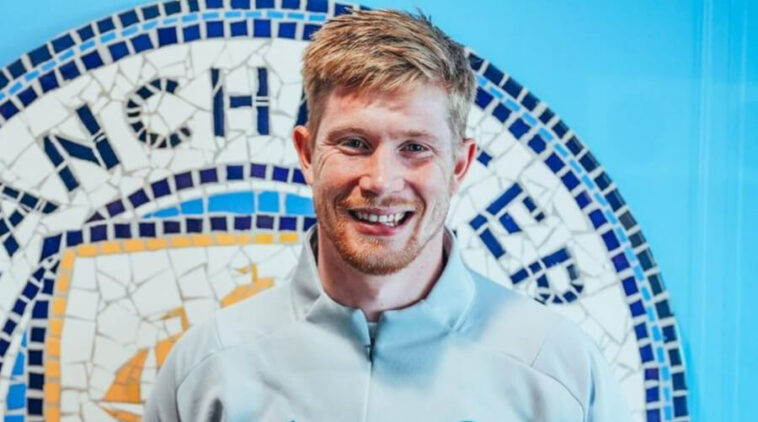 Kevin De Bruyne began his journey in football since he was 4. It began when he joined a local club in his town and through his immerse talent in football, his popularity began rising.

Kevin as a kid would face several interviews before and after his matches and this popularity also increased the attraction of youth clubs to scout him.

When he was 14, he left his hometown of Ghent, and joined Racing Genk Academy. He became independent at an early on.

He made his professional debut with Racing Genk’s senior side in 2008. In 2012, he was transferred to Chelsea for a transfer fee of €7 million.

In his debut matches with Chelsea in a friendly match, he brought Chelsea to win the matches. In the same year, he was sent to Werder Bremen on a loan for one season.

He was back at Chelsea in 2013 and spent two more years at Chelsea before being transferred to Machester City.

In 2015, he was transferred to Manchester City on one of the most expensive transfers of the team. His career has kept growing ever since he joined Manchester City.

As one of the famous footballers in his country, he also represents Belgium in international tournaments. He made his international debut in 2010. He has represented Belgium since then.

He was also a part of Belgium’s squad when they reached the 2014 FIFA World Cup quarter-finals. He also represents Belgium in the 2018 FIFA World Cup.

“When you score, it is obviously a great feeling, but to give a great pass is also something special for me. I think it is also very under-rated sometimes, what we do.”

“I am not somebody who spends a lot of money in my life. I keep it for later when I want to do something – for vacations – because we don’t have a lot of time off.”

“I’m not the most open player; I’m not the biggest clown. I just like going into the dressing room easy.”

“If I see someone I think is in a better position than me, it is better for me to give the ball. Now I shoot more at goal. When I was young, they sometimes said to me, ‘You need to shoot more. You try to give it too much.’ It is something that I learned. To try to take the best option.”

“People are looking a lot at statistics and all these things, but in the end, I don’t really care. If we can win more games than last year where I score less, I will be really happy. And maybe if we can win a few titles, that’s the bonus.”

“Everyone needs to be in position to create the openings we have. We like to play a lot where you pass the ball forward and it comes back, because it makes it easier for us to attack, because the midfielders have to turn round.”

“There’s a lot of money coming in, and so a lot of good players are going to each team, so every game is a fight, but on the other hand, it’s good to get a good, competitive league”

“In the league, if you have a bad spell, then you are running behind.”

“I don’t agree that we have to win the Champions League to be a success.”

“I try to look up as quickly as possible, try to read the situation, but football is so quick, it’s just a split-second, and then you decide.”

Kevin De Bruyne, a player who was famous since he was a kid and always showing his best performance in every match.