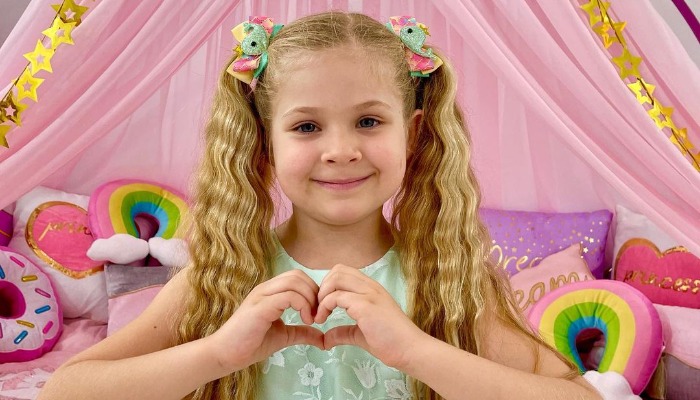 The first video uploaded to the Kids Diana Show channel by Eva Diana was in May 2015. At that time, Diana was still a toddler sitting on her troller at a park.

At first, Diana’s parents want to share the joys of Diana’s growth with other family members via YouTube. However, it continuously grows and her channel becomes popular.

Diana uploads children’s songs, learning languages German and English, and reviewing toys. The girl also likes “pretend play” when she dresses up as a princess or Barbie.

Diana eventually gained 1 million subscribers in October 2016. One of the most-watched videos on her channel is about Diana and her Barbie car. The video got more than 1 billion views.

In 2020, her parents signed a contract with a media company called Pocket. Watch, which has managed other YouTubers, such as Ryan Kaji, Nastya, and CaptainSparklez.

Throughout her career, the kid star has collaborated with Target to launch her toy line named Diana’s toys and Walmart to release her lifestyle brand called Love, Diana.

She was nominated for Streamy Awards in the Kids & Family category in 2020.

1. The girl plays with turtles

4. Diana plays with her doll

5. The crown and the dress make her look like a princess

Despite her young age, Diana has built her fame and career in the social media industry.