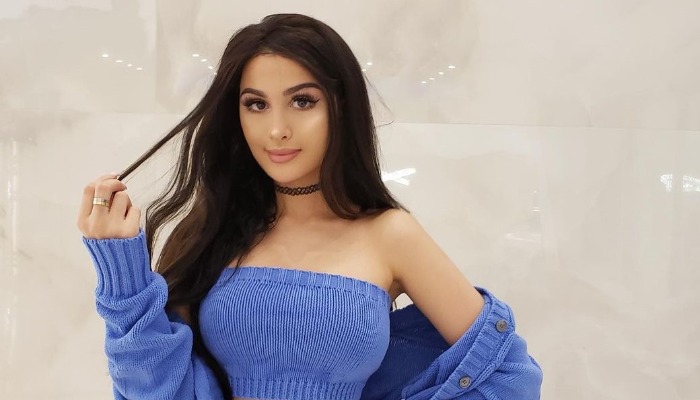 Alia Shelesh, known as SSSniperWolf, used to watch a bunch of gaming videos online. So, she decided to make her own channel as she believed she could do it too.

She created a YouTube channel named sexysexysniper in 2011 making short vlogs. This Libra woman got around 50,000 subscribers.

She then made a new YouTube channel in January 2013 whose name was inspired by a character of a video game called Sniper Woo.

This YouTuber deleted the old one. Since then, Shelesh uploaded TikTok videos reactions, gaming, and challenges videos.

In June 2014, Shelesh made another channel named LittleLiaWolf. There, she showed her arts, makeup tutorials, and crafts.

In March 2019, she received an award as a Favorite Gamer from the Nickelodeon’s Kid’s Choice Awards. In May 2019, she was invited to the Famous Birthdays office to do a Q&A video.

Throughout her career, SSSniperWolf has collaborated with other online creators, such as Lilly Singh, PewDiePie, and Dang Matt Smith.

1. She looks cute with the two-tail hairstyle

2. She cosplayed herself as Rin Tohsaka

3. This YouTuber has body goals!

4. SSSniperWolf poses in the middle of the snowfield

5. She wears a monochrome outfit

SSSniperWolf has become a popular YouTuber that has millions of followers across platforms, such as YouTube, TikTok, and Instagram.