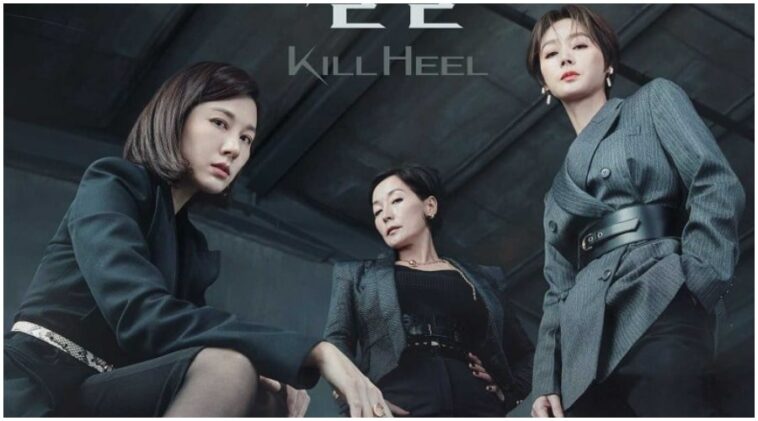 Kill Heel has been released on tvN. This Drama was played by Kim Ha Neul, Lee Hye Young, and Kim Sung Ryoung.

Not only that, Kim Sung Ryoung also joins this drama after finished Political Fever (2021) and The Beauty Inside (2018)

A competition in Home Shopping makes the famous host of home shopping shows compete for each other.

The first one is Woo Hyun (Kim Ha Neul), one of the hosts in the home shopping show who only has an ordinary record, but tries her best to get a first-place even though has got her lowest level.

The second one is the leader of UNI Home Shopping Ki Mo Lan (Lee Hye Young) who starts her career in the entry-level until the managerial one.

Her life story inspires many hosts to achieve their dream.

The last is Bae Ok Sun (Kim Sung Ryoung) the queen of home shopping hosts that has a good reputation as the gold spoon, her achievement makes her respected by the employees.

Can they compete each other to achieve their own dream.

Read also: I Haven’t Done My Best Yet – Cast & Summary

One of the hosts in the UNI Home Shopping who gets the standard record, but their her best to get the first position even she has fallen once.

The vice president of UNI Home Shopping who inspires many people because her working hard story that brings her from entry into the managerial level.

She is charismatic and never tolerance mistakes.

The famous host of UNI Home Shopping who has lived as the daughter of wealth family. Her extraordinary records make her respected by many employees.