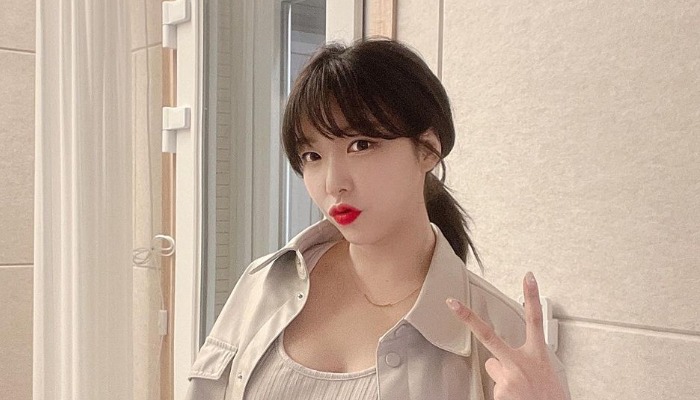 Kim Guseul started out as Broadcasting Jockey (BJ) back in December 2017.

She does her show through the AfreecaTV streaming platform. Her contents vary from dance covers to travel and lifestyle.

After working as a BJ for about a year, the girl from Seoul then made her move into the music industry. She made her debut with song This Love under the music agency Always KOALA.

In 2019, she joined AfreecaTV survival audition project Best of the Best. Guseul was one of the six winners, earning her a place in girl group VIOLET.

With VIOLET, Guseul released digital single Best of the Best on September 2019.

After the project ended in 2020, the South Korean singer made a solo comeback with digital single A Song For You.

Following her comeback, Guseul later rebranded as trot singer with the name Kim Guseul. She released her first trot single album Back and Forth on October 2020.

3. She can also pull off bold makeup

4. Her selfie is always so adorable

5. Guseul looks classy in this all black outfit

Kim Guseul is one talented internet personality, from being Broadcasting Jockey to being a singer. We wish her nothing but luck for her future endeavor!