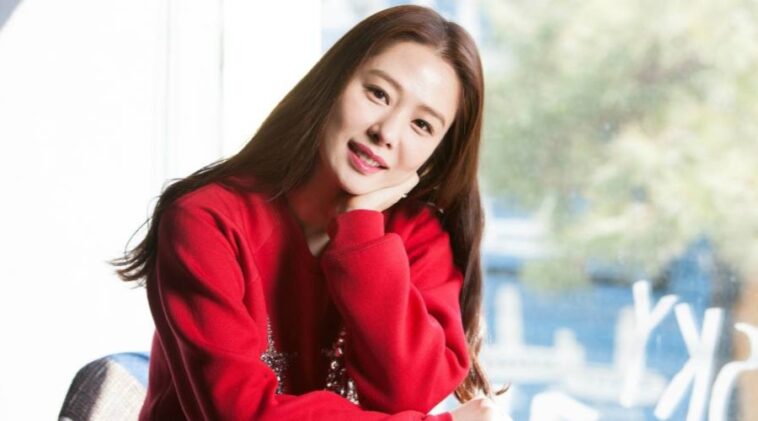 Kim Hyun Joo started out as a magazine model while still on her third year of high school. She then went into acting in 1997, starring in the TV series The Reason I Live.

Despite having little experience, she was immediately casted as the lead for the film If it Snows on Christmas (1998) and Calla (1999).

In the next few years, this actress continued to build her career in the entertainment industry. She launched into stardom after appearing in 2002 TV series Glass Slippers.

The series was a hit, earning high ratings throughout its runtime. It was also quite popular in China, Hong Kong, Taiwan, and Vietnam.

With her newfound popularity, Hyun Joo was casted in many more films and series.

Despite having quite a successful career, this Taurus woman wasn’t happy for being typecast as gentle and innocent character.

She also has some personal problems throughout the latter year of 2000s.

In 2011, Hyun Joo found her mojo back with the series Twinkle Twinkle. Her performance was highly praised by the public. It also got her the Top Excellence Award from MBC Drama Awards.

Afterwards, the woman from Goyang continued her amazing run as a top actress.

She starred as Lady Jo, the legendary femme fatales from Joseon Dynasty, in Blooded Palace: The War of Flowers (2013).

1. Hyun Joo is killing it in the photoshoot

4. She has such a beautiful face

5. Hyun Joo can pull off any outfit

Kim Hyun Joo has shown her quality as one of South Korean top actress again and again. She has been in the industry for quite a while and hasn’t seemed to be slowing down yet.