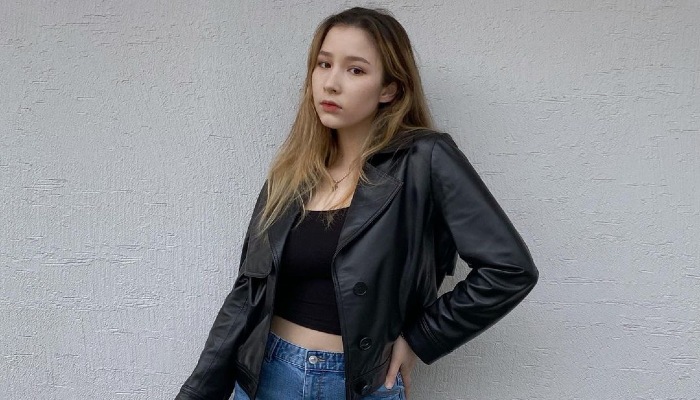 Lea Navvab Huening has done some modeling works under Model Directors. This includes the brand belonging to her aunt called CommaDonna.

The Korean-American girl has also worked with ACIDD SLIDE, LAPIZ PLUS, and ORYANY among many other fashion brands. Her works can be seen on her personal instagram page.

Other than her modeling works, she also often shares snippets of her daily life. You could see her hanging out at cute cafes, visiting interesting places, or even just relaxing at her home.

Before becoming a model, Lea used to be part of Kpop girl group VIVA. The group under SHINE E&M consisted of 4 members: Lea, Gayeon, Yeji, and Jaeny.

They released their first and only digital single titled VIVA. The track Tough Girl used as promotional single in 2017.

There is no activity in the group for the next two year. VIVA finally made an appearance on March 2019 performing their song Love Love Love at a concert.

Not long after, all members including Lea left the agency and the group disbanded.

Although she is not an idol anymore, her love for singing hasn’t disappeared. Lea uploads song covers on her Youtube channel.

She has covered songs such as All I Want by Olivia Rodrigo, Lucky by Jason Mraz, and Beach Again by SSAK3.

Through her channel, Lea also shares some vlogs that gives viewers insight on her life. She shoots video going to the mall, celebrating her birthday, doing her make up, and many more.

She has also done Mukbang Q&A, and some behind the scene looks for her song covers.

The girl born in 2000 would like to go back to the music industry but feels too old to become a trainee. If she has the chance, she wants to try a solo career instead.

1. Lea is looking beautiful in this fluffy top and beret

2. The combination between yellow shirt and faded blue jeans looks great on her

3. Her face is so beautiful and unique, no wonder she becomes a model

5. A little selfie never hurts anyone. Especially when you are this cute

Lea is a beautiful girl with a bright modeling career ahead of her. With her talent in singing, it wouldn’t be surprising to see her in the music industry as well.