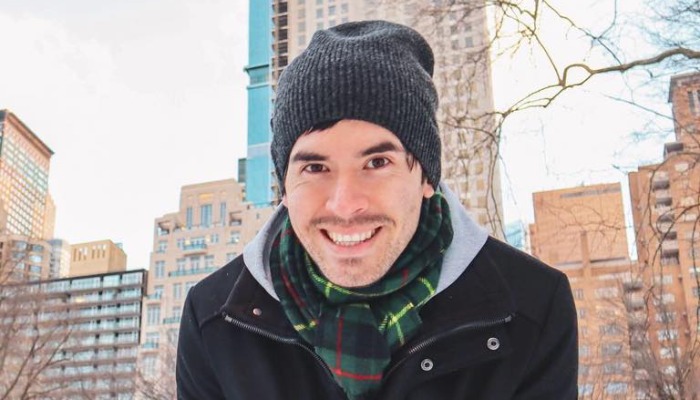 Germán Garmendia is a hugely popular Latin YouTuber. He had earned millions of subscribers across his channels: HolaSoyGerman, JuegaGerman, and German Garmendia.

The first channel uploads his videos about normal stuff, such as applying for jobs, things people do at gyms, and making new friends, but he covered them with relatable humor.

JuegaGerman is his gaming channel, and the last channel covers his music channel.

His huge career started in 2011 when friends encouraged him to make a YouTube channel.

The next year, German earned 1 million subscribers and became one of the most-subscribed Spanish-speaking channels.

As he grew his fanbase, German expanded more channels based on the niche. In 2016, he released a song with his brother, Diego, titled Señales.

He also dubbed Julian, a character in the Latin version of the movie Ice Age: Collision Course

His profile was featured in many popular magazines, including 360, WIRED, and All Story.

2. His yellow jacket and shoes match the entire wall

3. Hevenjoys the sea from the unicorn pool float

Germán Garmendia has climbed to fame. In spite of the controversies, many people still love his content and become his loyal fans.