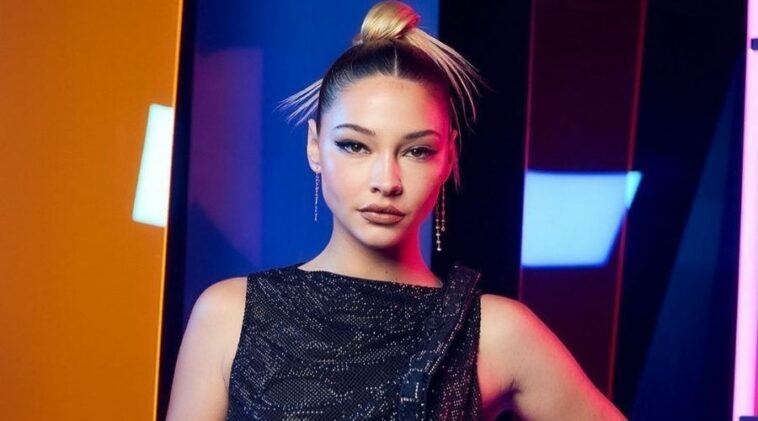 Madelyn Cline has a big passion for acting. This was proven by her big decision to move to New York City to pursue her dream.

That big decision was pretty successful after that because she got a modeling job for television commercials, such as Sunny D and also T-Mobile.

In 2011, Maddie got her first acting job for a minor role in 23rd Psalm: Redemption.

During that year until 2016, she spent her time training herself in acting and also got various modeling jobs.

Five years later, she finally got more acting jobs, such as the movie Savannah Sunrise, The Jury, and also series Vice Principals.

In 2017, Madelyn had an opportunity to appear slightly for The Originals and a popular Netflix series, Stranger Things.

She then came back to act in a movie called Box Erased and portrayed a small role as Chloe.

Two years later, in 2020, Madelyn appeared in the first season of Outer Banks as Sarah Cameron, which was her career breakthrough.

In 2021, she then came back to the second season of Outer Banks and acted in two movies, This Is the Night and What Breaks the Ice.

Madelyn Cline is really amazing. She is pretty, hard-working, and never afraid to always explore new things for her dream!