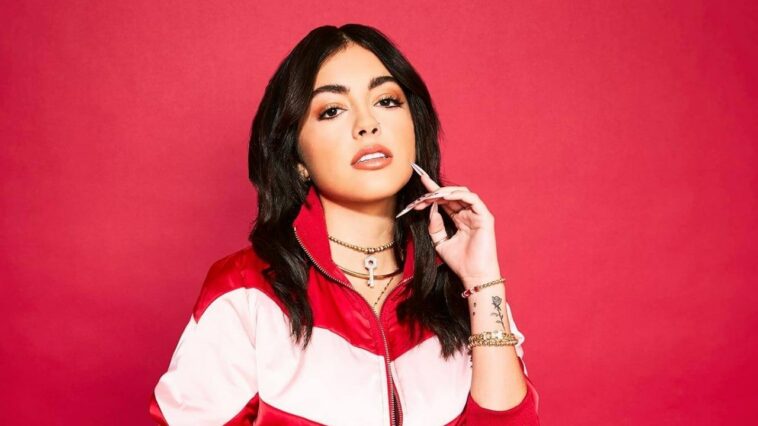 Malu Trevejo started her music career on social media, particularly Instagram. She posted her skill on belly dancing, and people started to be interested in her.

Malu even got more followers after her viral video dancing Work by Rihanna. She also started making a Musical.ly account and gained millions of followers on the platform.

This internet star got 2 million fans there before moving to TikTok. Malu then signed a contract with In-tulLinea in 2017. Lune Llena which she released in the same year was Malu’s debut single.

The song reached #27 on the Latin Billboard and was viewed more than 30 million times in the first seven weeks. It also peaked at #1 on the Billboard 100 Hot Latin.

After that, she remake the English version of the song. Two years later, Malu released an EP named Una Vez Más consisting of four tracks.

Throughout her career, this singer has collaborated with other artists, including HRVY Gente De Zona, and Haraca Kiko.

3. A beautiful close-up look from the singer

5. The singer nailed each of her performances

Malu Treverjo is still young, but she has built her successful music career.