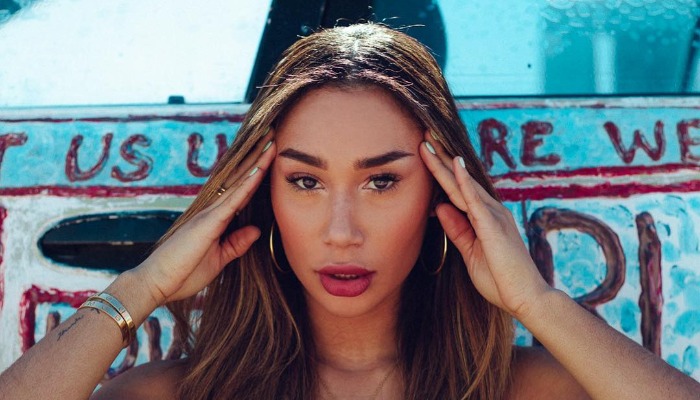 Eva Gutowski has built her career as a famous YouTuber with millions of subscribers. She shares vlogs and skits, beauty and fashion tutorials, and DIY videos.

Her journey of success started in July 2011 when she made a YouTube channel.

She then continued making lifestyle videos about her routines, health, and house décor.

In 2013, this Leo girl made another channel named vlogtowski by mylifeaseva, where she posted vlogs.

In this channel, she uploaded a series called Girls Night In Tour about her traveling experiences around the US with her best friends.

Eva starred in a web series named Escape the Night in 2016 as The Journalist. She then continued her screen appearances in several series, such as Bizaardvark in 2016, Me and My Grandma in 2017, and All Night in 2018.

1. Eva has always stolen the attention

2. A more close-up look at this beautiful YouTuber

4. Eva looks sporty with the jacket and skateboard

Eva Gutowski is a funny female YouTuber who has the passion to make people laugh. Her talent then attracts millions of fans.