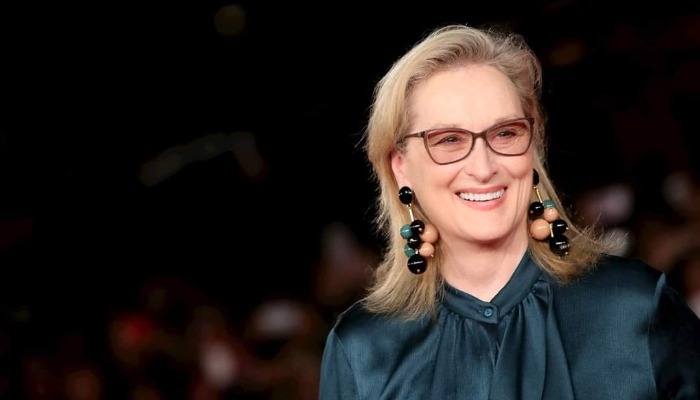 Meryl Streep is a famous American actress. She started her career when she graduated from Yale.

She also became a part of some theater productions such as Enrique V, The Taming of the Shrew, along with Raúl Juliá, and Measure for Measure.

Then, she started to act in some popular movies.

Meryl Streep’s career started with musicals and plays. She had done that at her university and continued to pursue a career in Broadway.

There, her play debut was titled Trelawny of the ‘Wells in 1975. However, Streep began auditioning for movie roles and took a small role in Julia in 1977.

She continued that path and appeared in some movies, like The Deer Hunter and The Seduction of Joe Tynan, and a miniseries titled Holocaust.

She received her first major award, Emmy, for her acting in the miniseries.

Then, Streep earned the 1980 Golden Globe Award and Academy Award for Best Supporting Actress for her performance in Kramer vs. Kramer.

This award-winning actress carried on her stardom from the 2000s until the 2010s. She performed in many superb movies such as The Devil Wears Prada and Mamma Mia!

She won Best Actress in the 2012 Academy Award for The Iron Lady when she portrayed Margaret Thatcher, the first female British Prime Minister.

Her roles in Hollywood are unbeatable. The Golden Globe Awards honored her Cecil B. DeMille Award.

This title means that Meryl has made an outstanding contribution to the entertainment industry.

Meryl Streep married Don Gummer in 1978. She fell in love to Don after her previous boyfriend died of lung cancer.

They are also never shy to express their happiness to the public.

Her net worth is around $160 million. Her main net worth comes from his profession as an actress.

She gathers a lot of money from acting. Her salary average is $20 million per movie

“Integrate what you believe in every single area of your life. Take your heart to work and ask the most and best of everybody else, too.”

“The great gift of humans is that we have the power of empathy.”

“Instant gratification is not soon enough.”

“I think your self emerges more clearly over time.”

“Some people are filled by compassion and a desire to do good, and some simply don’t think anything’s going to make a difference.”

“If you voice your fears they may come true. I’m superstitious enough to believe that.”

“You just have to keep on doing what you do…Keep going. Start by starting.”

“Having been let out of the barn once, I know I wouldn’t be happy if I were home all the time.”

“Expensive clothes are a waste of money.”

“There’s no road map on how to raise a family–it’s always an enormous negotiation.”

“Obsession is an attractive thing.”

“You can’t get spoiled if you do your ironing.”

“Don’t give up or give in in the face of patronizing ridicule, amused disdain, or being ignored.”

“It is well that the earth is round, that we do not see too far ahead.”

“You can’t suppress the things that make us human. It’s pointless to try.”

“I let the actions of my life stand for what I am as a human being. Contend with that, not the words.”

2. She wears her iconic glasses

4. Which one do you like? Medium or short hair?

Meryl Streep is a legend in the Hollywood filming industry. Her works are brilliant and award-worthy.