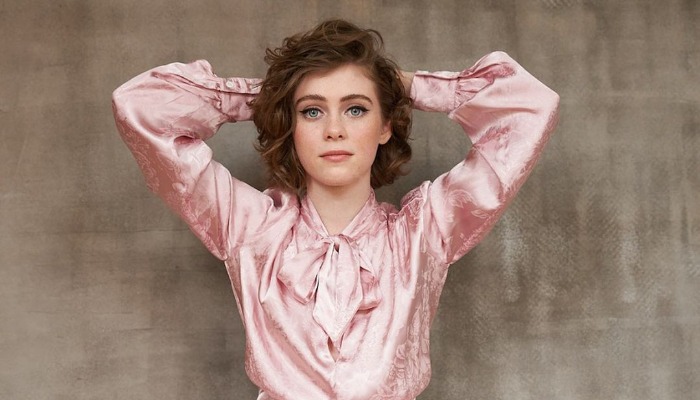 Sophia Lillis has to thank her stepfather as he was the first person who let the woman act for his film project.

Her first acting role was in a stage production titled A Midsummer Night’s Dream by William Shakespeare.

She starred in an indie film named Losers Club and in a short film titled The Lipstick in 2013. Her debut movie was in 37 in 2016.

This actress received a huge recognition after starring in It, a horror movie adapted from Stephen King’s novel, in 2017.

In the same year, Sophia also appeared in Sia’s music video titled Santa’s Coming for Us. The next year, she appeared in Sharp Objects, an HBO TV series.

In 2019, she played Nancy Drew in a movie called Nancy Drew and the Hidden Staircase. She was invited to The Ellen DeGeneres Show in May 2019 to talk about that movie.

Later in that year, she appeared in It: Chapter Two. Throughout her career, she was featured in Issue, Wonderland, and Vogue magazine.

1. The yellow jacket is stunning on her

3. The pattern on her skirt is unique

5. She shows the black and white photos

Sophia Lillis’ acting skill is praised by many people, even film critics. No wonder she has been cast for many major films.