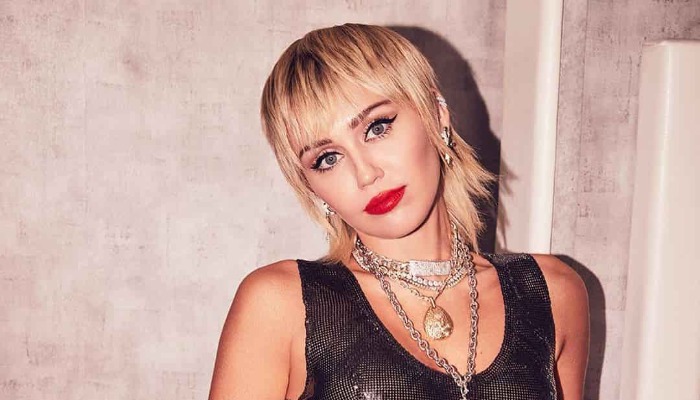 Miley Cyrus decided to become an actress when she followed her father to Canada to play in the TV series Doc in 2001.

Thus, her first small role was in that series with her father. Then, she became the lead actress in Hannah Montana, the Disney series. The series made her a teen idol.

She held her debut tour, Best of Both Worlds Tour, for promoting Hannah Montana’s soundtrack album in 2007.

The tour was hugely successful and the album was sold more than 3 million copies. In 2009, she was ranked #4 on Billboard as the best-selling female artist.

However, in 2010, she wanted to change her image as a teen superstar. She acted on The Last Song and released an album named Can’t Be Tamed.

The album was controversial due to the lyrics and Miley’s stage performance.

Miley’s teen image never came back. She continued to produce more mature songs such as We Can’t Stop and Wrecking Ball.

She also collaborated with other famous singers including Ariana Grande and Lana Del Rey on Don’t Call Me Angel in 2009, also Dua Lipa in her 2020 song, Prisoner.

“I need more friends. It’s kind of like my quest right now just to have more true friends.”

“Music is what I breath, what I love to do. It keeps me alive.”

“Let your light shine. Be a source of strength and courage. Share your wisdom. Radiate Love.”

“Going out doesn’t make you a bad person, just like going to church doesn’t mean you’re a good person.”

“Life’s a climb. But the view is great.”

“Alone we can’t do much, but together we can change the world.”

“There are multiple sides to all of us. Who we are – and who we might be if we follow our dreams.”

“This is who I am. I think it’s only hard if you’re trying to be something you’re not. Being who you are is really easy.”

“Just because someone with depression has a better day, doesn’t mean that person got better. The day is still grey but without any rain.”

“I am so excited to let fans in on how important my relationship with my family is to me. I hope to motivate mothers and daughters to build lifetimes of memories together and inspire kids around the world to live their dreams.”

“The best part of my career is getting to meet so many different people, because I learn so much from everyone.”

“You deal. You survive. You grow up and you build a career. And you remember these big/little hardships. They make you human.”

“For me the most important thing is being a really good person, and that doesn’t depend on what you do on stage, that depends on how you treat people when you’re offstage.”

“Even the hard times are part of your life story. If you acknowledge them and move past them, they eventually add up to the experience that makes you wise.”

“It is important to ask yourself why you’re doing what you’re doing and what purpose it serves in the big picture.”

“I don’t want to be perfect, but I do want to be a role model. My mom always tells me that imperfections equal beauty. All of us are imperfect.”

“I guess if I learned anything this year it’s that you can pretend to be anyone you want. But when it comes to love, I mean real love, the best thing is just be yourself.”

“Beauty is the enemy . We try to conquer not feeling beautiful all our lives. It’s a battle that can’t be won. There’s no definition of beauty. The only way to achieve beauty is to feel it from inside without breaking down into individual physical attributes.”

1. The suit makes her look powerful

2. This sparkling dress is in contrast to the previous style, right?

3. Sticking tongue out is her favorite pose, isn’t it?

5. Look at her smile! It’s so precious

Changing the teen-idol image might cause her a lot of controversies. However, it’s good to be ourselves, right?