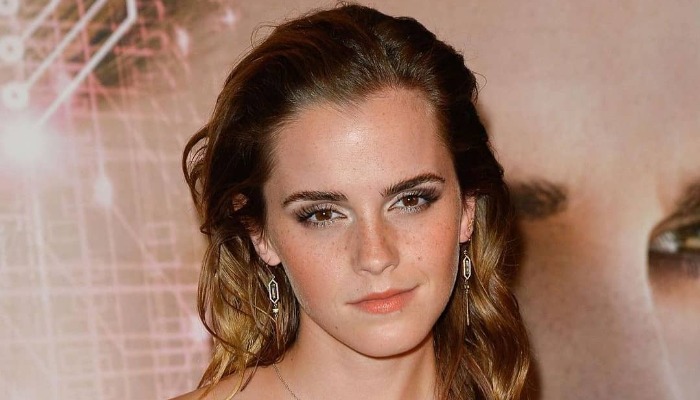 Emma Watson realized that she desired to be an actress when she was six years old. Then, she trained at a part-time theater school, the Oxford branch of Stagecoach Theatre Arts.

She was discovered by the casting agents through her Oxford theater teacher. Therefore, the first series of Harry Potter, Harry Potter and the Philosopher’s Stone, in 2001 was her debut.

The Harry Potter series was successful, so was her career. From this series, she got nominations for the Critics’ Choice Award, Nickelodeon Kids’ Choice Award, and more.

Her movies mostly get worldwide recognition. You can mention The Perks of Being a Wallflower, The Bling Ring, Noah, and Little Women. Furthermore, she doesn’t only acquire acknowledgment in her acting career but also in the modeling industry.

She has been featured in famous brands such as Burberry and Calvin Klein, also magazines like Vanity Fair and Elle.

“Girls should never be afraid to be smart.”

“The less you reveal, the more people can wonder.”

“I truly, truly believe that beauty is something that comes from within.”

“If you truly pour your heart into what you believe in, even if it makes you vulnerable, amazing things can and will happen.”

“I have realized that fighting for women’s rights has too often become synonymous with man-hating. If there is one thing I know for certain, it is that this has to stop.”

“Don’t expect change to happen overnight, even if it’s not always visible it’s making more impact than you think.”

“What gets scary is when your self-worth is tied up in what strangers think of you.”

“Becoming yourself is really hard and confusing, and it’s a process. I was completely the eager beaver in school, I was the girl in the front of the class who was the first person to put her hand up, and it’s often not cool to be the person that puts themself out there, and I’ve often gotten teased mercilessly, but I found that ultimately if you truly pour your heart into what you believe in—even if it makes you vulnerable—amazing things can and will happen.”

“If you want to run for Prime Minister, you can. If you don’t, that’s wonderful, too. Shave your armpits, don’t shave them, wear flats one day, heels the next. These things are so irrelevant and surface to what it is all really about, and I wish people wouldn’t get caught up in that. We want to empower women to do exactly what they want, to be true to themselves, to have the opportunities to develop.”

“It’s amazing, people get so detached from what they eat and what they wear. No one has any contact with how things are made that are put in their body and put in their mouths and I just find it alarming that no one questions it.”

“You can only really look beautiful if you feel beautiful on the inside. It shows through your face, the way you move and the way you hold yourself.”

“It is time that we all see gender as a spectrum instead of two sets of opposing ideals.”

“I like books that aren’t just lovely but that have memories in themselves. Just like playing a song, picking up a book again that has memories can take you back to another place or another time.”

“Men: I would like to take this opportunity to extend your formal invitation. Gender equality is your issue, too.”

“I’m a multidimensional person and that’s the freedom of fashion: that you’re able to reinvent yourself through how you dress and how you cut your hair or whatever.”

“I never feel so accomplished as when I open a tough jar.”

“All I can do is follow my instincts, because I’ll never please everyone.”

“I think that it is very important if you know what you want, understand where you are heading towards, and try your best to get it. It is only when we use our hearts to do it, and fall in love with what we are doing, then can we really get real determination.”

“Young girls are told you have to be the delicate princess. Hermione taught them that you can be the warrior.”

“We need more of those [feminists] and if you still hate the word, it is not the word that is important. It’s the idea and the ambition behind it.”

“I don’t have perfect teeth. I’m not stick thin. I want to be the person who feels great in her body and can say that she loves it and doesn’t want to change anything.”

“I feel like young girls are told they have to be a princess, and be delicate and fragile, and that’s bullsh*t. I identify much more with the idea of being a warrior, being a fighter. If I was going to be a princess, I’d be a warrior princess, definitely. I think women are scared of feeling powerful and strong and brave sometimes. I think you’ve got to embrace it.”

“But my recent research has shown me that feminism has become an unpopular word. Women are choosing not to identify as feminists.”

“We want to try to galvanize as many men and boys as possible to be advocates for change.”

“I’ve earned my own money; I’ve traveled the world. What would I rebel against?”

“I don’t want other people to decide what I am. I want to decide that for myself.”

“I think that it is very important if you know what you want, understand where you are heading towards, and try your best to get it. It is only when we use our hearts to do it, and fall in love with what we are doing, then can we really get real determination.”

“When I started dating I had this kind of Romeo and Juliet, fateful romantic idea about love which was almost that you were a victim and there was a lot of pain involved and that was how it should be.”

“Feeling beautiful has nothing to do with what you look like, I promise.”

“It’s not the absence of fear, it’s overcoming it. Sometimes you’ve got to blast through and have faith.”

“I don’t want the fear of failure to stop me from doing what I really care about.”

“The saddest thing a girl can do is dumb herself down for a guy.”

“I’m a feminist, but I think that romance has been taken away a bit for my generation. I think what people connect with in novels is this idea of an overpowering, encompassing love–and it being more important and special than anything and everything else.”

“How can we affect change in the world when only half of it is invited or feel welcome to participate in the conversation?”

“When at 15, my girlfriends started dropping out of their beloved sports teams, because they didn’t want to appear muscle-y, when at 18, my male friends were unable to express their feelings, I decided that I was a feminist.”

“But it’s a journey and the sad thing is you only learn from experience, so as much as someone can tell you things, you have to go out there and make your own mistakes in order to learn.”

“It sounds like a cliché but I also learnt that you’re not going to fall for the right person until you really love yourself and feel good about how you are.”

“There’s nothing interesting about looking perfect–you lose the point. You want what you’re wearing to say something about you, about who you are.”

“We are struggling for a uniting word, but the good news is that we have a uniting movement.”

“I’m reading so much and exposing myself to so many new ideas. It almost feels like the chemistry and the structure of my brain is changing so rapidly sometimes.”

1. What do you think about her red lipstick?

2. Even her side profile looks remarkable.

4. She was born to play Belle! This role definitely suits her.

5. Her bright laugh makes you want to smile, right?

She shows us being an actress doesn’t mean you have to sacrifice your education. She is the role model that she can have it all!