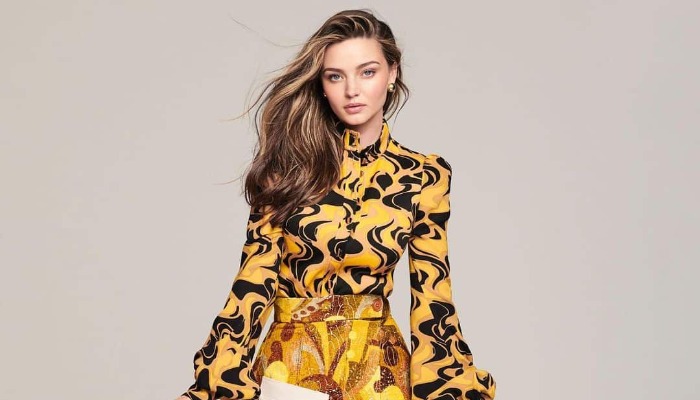 Miranda Kerr first appeared in Dolly magazine as she won its model competition. After that, her mother signed Miranda to Chic Management in Sidney.

After that, she began receiving modeling gigs for several brands, such as Billabong, Tigerlily, and Seafolly.

In 2014, she flew to New York signed a contract with Next Management. Miranda got more exposure for famous brands for their campaigns and runways, including Levi’s, Blumarine, and L.A.M.B..

This model also appeared in printed magazines, such as Harper’s Bazaar, Vogue Australian, and Elle Girl.

Her quantum leap was becoming Victoria’s Secret Angel in 2007, along with other supermodels Adriana Lima, Heidi Klum, and Selita Ebanks. She is the first Australian model that appeared in that prestigious fashion show.

The next year, American high-end brand Clinique appointed her as its face. Miranda also appeared as British Harper’s Bazaar’s cover.

She finally presented Victoria’s Secret Fantasy Treasure Bra worth 2,5 million USD in 2011. She was also featured in a Super Bowl commercial in 2017.

2. She looks gorgeous even with simple make up and outfit

3. Do you want to have a cup of tea with Miranda?

4. Let’s chill at home with the model!

5. Her pink crop top and ripped jeans are chic

Miranda Kerr is an A-list supermodel around the world. She is the role model of beauty and a healthy lifestyle.