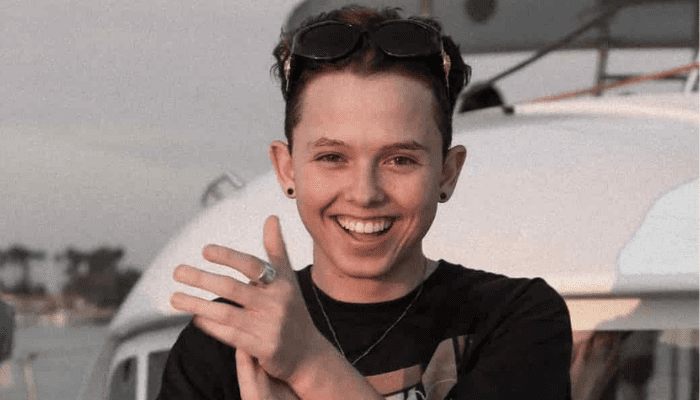 Jacob Sartorius discovered he wanted to be a performer at the age of 7. At that time, he started acting in musicals and really loved it.

In 2014, he uploaded his first video on an online platform called Vine. He sent an anti-bullying message in the video. It became viral and he gained popularity.

He continued uploading videos on that platform, then joined another online video-sharing site called Musical.ly. He shared lip-syncing videos and it made him even more popular.

In 2016, he signed a contract with T3 Music Group. Next, he released a debut single called Sweatshirt in May 2016.

The single ranked #90 on the Billboard Hot 100. In the same year, Jacob held a tour named All My Friends Tour.

After that, he launched two songs named Hit or Miss and All My Friends. The former song peaked at #72 in the US chart.

In 2017, he held another tour named The Last Text World in seven countries and released his EP named The Las Next.

1. The pattern on his pants completes his black hoodie

2. Jacob matches his look with a black slippers

3. He wears a red jacket and The Simpson pants

5. Who doesn’t agree that he is the cool kid?

Jacob Sartorius has reached success and huge fame at such a young age. His singing skill makes people call him the next Justin Bieber.