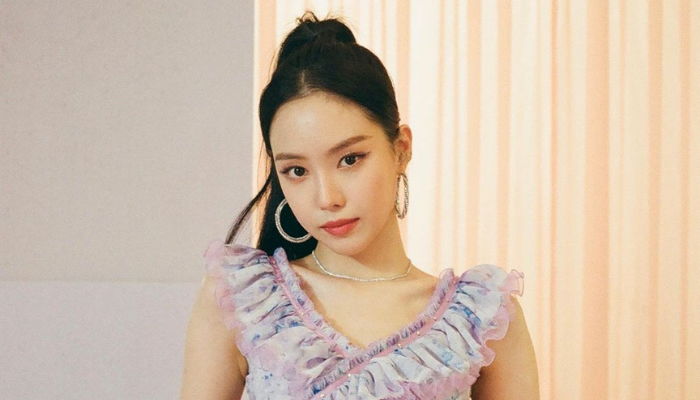 Naeun career in the arts and entertainment industry is closely related to her childhood which was surrounded by the art world. She has parents who are familiar with art.

Initially, she wanted to become a painter. However, at one time she impulsively auditioned for JYP Entertainment and sang the song It’s Not Love by Wonder Girls.

She was accepted and managed to become a trainee at JYP Entertainment. However, she eventually moved to Cube Entertainment as a trainee.

This girl was first introduced to the public in February 2011, as Apink’s first member.

She finally made his first debut with Apink by performing the songs Wishlist and Mollayo on Mnet’s M! Countdown on April 21, 2011.

A year later, she made her first acting debut in the drama The Greet Seer. She then acted again in the drama Childless Comfort as a supporting role.

Naeun continued her acting career in 2016 and managed to become a co-star for the drama Cinderella with Four Knights.

After 11 years with Apink, she officially announced leaving the group on April 8, 2022.

1. Her visual is unbeatable

3. The blue sky is as beautiful as Naeun

4. Naeun’s fierce yet cut facial expression can attract us well

Our Naeun is really talented, full of artistic taste, and very lovely. She has always been giving her biggest love for her fans and that’s why we love her so much.