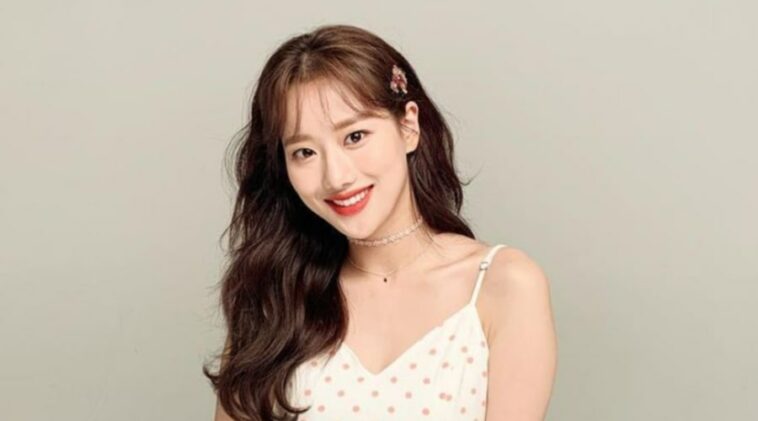 Lee Naeun or well-known as Naeun initially didn’t make her career path to be an APRIL member.

She first joined JYP Entertainment as a trainee. After became a trainee, she then joined Sixteen, a survival show held by JYP x Mnet to form TWICE.

Unfortunately, she wasn’t well-qualified for the program. She then left JYP Entertainment and joined DSP Media as a trainee.

After doing 4 months of training, she then was revealed by the agency to be one of APRIL’s members on 9th February 2015.

The group then released the first mini-album called Dreaming on August 24, 2015, with the lead single called Dream Candy.

One year later, she debuted as an actress in a web drama title April Love. In 2017, Naeun then continued to appear in My Father is Strange.

Her career in acting then ventured into some bigger roles, such as A-TEEN (2018) and also Extraordinary You (2019).

1. Her photoshoot is really cute

2. Naeun’s fashion can be our next inspiration

4. She is so gorgeous in all black outfits

5. Her visual is magnetic

Naeun is not just beautiful, but she is also very talented in acting, MC-ing, dancing, singing, and rapping. She is also a good person that makes everyone fall in love with her deeply.