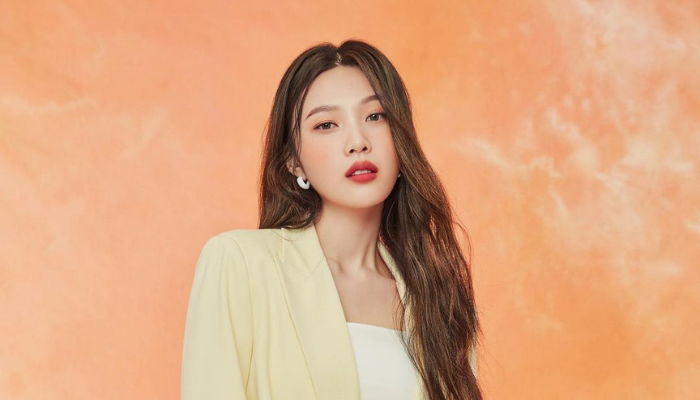 Before Joy lived her daily life as a K-pop idol, she often sang at his school festival. In 2012, she finally joined the SM Global Audition.

After undergoing two years of training, her vocal coach gave her the stage name ‘Joy’, which means happiness. She became the fourth member announced by SM Entertainment on July 29, 2014.

She is the only member of Red Velvet who was not announced as part of SM Rookies, SM’s pre-debut training team.

Even so, this girl finally managed to debut with ‘Red Velvet’ in August 2014 with the single Happiness which occupied the top position of K-pop music.

Not only in Red Velvet, Joy often has a solo career, especially as an actress such as in the dramas The Liar and His Lover (2017) and Tempted (2018).

Her solo career then continued with the release of the single Introduce Me a Good Person for the popular tvN drama Hospital Playlist.

On May 31, 2021, she finally released her debut solo album titled Hello. The track itself successfully peaked in the first position of several charts, such as the Gaon Digital Chart. The track also got its place for Top 10 Billboard’s K-pop Hot 100.

1. Joy looks like an angel wearing this silky purple dress

3. Joy and flowers are the perfect mate

4. She looks trendy yet cute in baby blue outfits

Joy is one of the most attractive female K-pop idols in this era. Not just because of her visual, but also because of her behavior, talents, and her aura that make her fans support her no matter what.