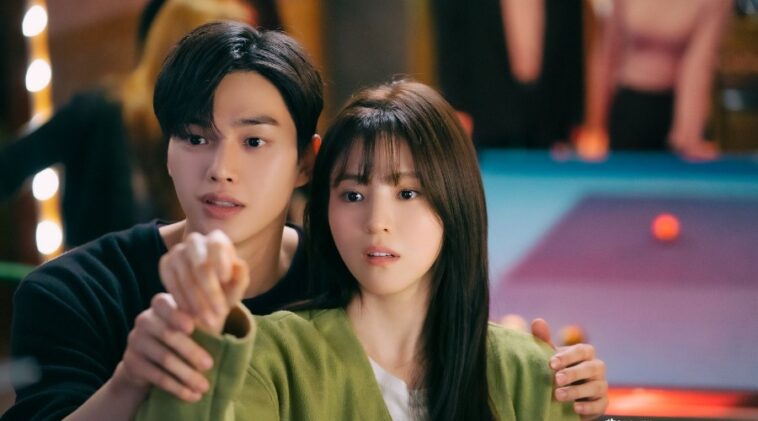 Nevertheless is adapted from a webtoon comic with the original title Algoitjiman, which is starred Song Kang and Han So Hee.

His opponent actress, Han So Hee, also had starred in some dramas, such as Money Flower (2017) and The World of the Married (2020).

This drama replaced the schedule of JTBC’s drama, Undercover, and aired every Saturday at 23:00 KST.

Read more: My Roommate Is a Gumiho – Cast & Summary

This drama shows two people with a similar perspective of love. After a long time, they didn’t want to be fooled by love anymore.

They both are undergraduate students who are majored in the art field. They also went to the same university.

Jae Eon’s character is shown as a charming boy who loves doing nice things to everyone he meets. He is also a type of cheerful person.

But unfortunately, he doesn’t think that having a relationship is a big matter. This perspective later was changed after he met Yoo Na Bi.

Na Bi had some unpleasing experiences about love in the past. After that happened, Na Bi promised to never fall in love again.

The promise then was broken after she met Jae Eon.

A typical flirtatious who thinks that relationship is not a big deal. He is so friendly and has a principal ‘play hard to get’.

After getting a heartbreaking moment in her past love life, she decided to give up on love. Still, she would like to date anyone.

He is a cooking show Youtuber who is a childhood friend of Na Bi. He thinks that Na Bi is his first love.

She is an ex-girlfriend of Park Jae Eon and was his classmate in middle school.

She is a best friend of Yoo Na Bi.