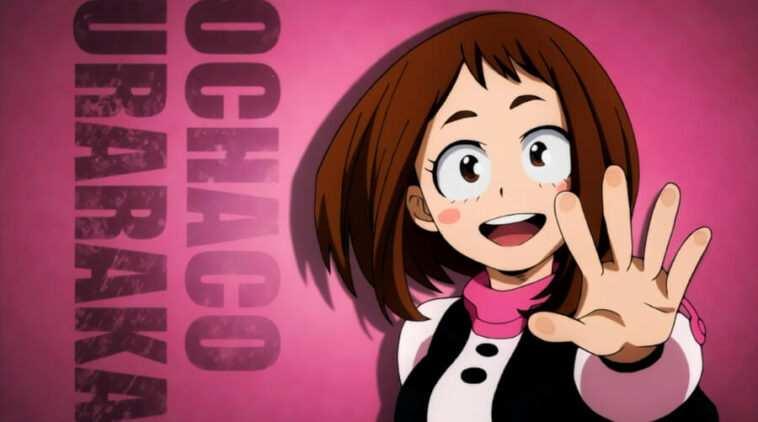 Ochako Uraraka is one of the main protagonists of My Hero Academia, who is a student in Class 1-A in the U. A. High school, training to become a Pro hero.

She is described as a female figure who has a friendly and cheerful personality. Not only that, she also often looks at everything with empathy.

Because of her good nature, makes her close to everyone and she can understand the situation of each of her friends.

Ochako Uraraka has a passion for competing with her peers. That’s what makes her grow quickly and always focus on her goals.

For physical appearance, she is a short, slender, and plump girl. Her skin was white with a lasting blush on her cheeks.

Ochako Uraraka has big eyes, and round. Not only that, her irises are warm brown, with rather thick upper lashes.

“Everyone is giving all they can, which only makes it fair that I do the same.”

“Giving up is not an option for me”.

“What would Deku do in a time like this?”

“I will focus on working just as hard as he does”

“And for that you act so menacing….”

” I need to be calm and careful”

“I am just getting started”

“Let’s all work hard together and laugh together again!”

“When I saw him struggling, with the odds stacked against him… it got me thinking… Who protects the heroes when they need protecting?”

Although Ochaco Uraraka is small in stature and doesn’t have much skill in close combat, but he always tries and learns to overcome that.