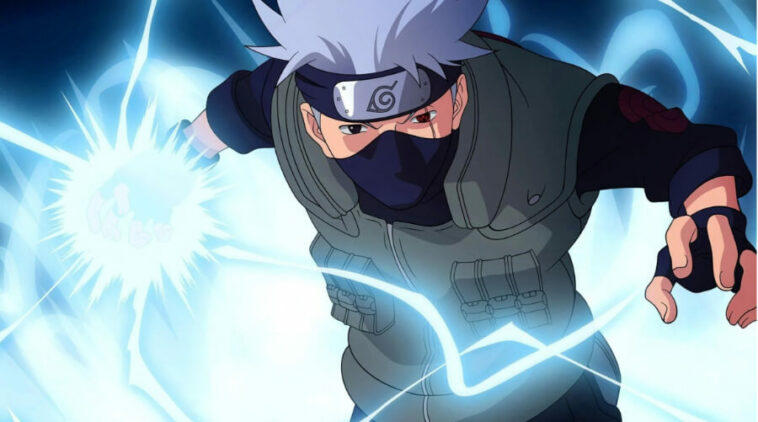 Kakashi Hatake is one of the protagonist characters in the anime series Naruto, he is a jōnin from Konoha.

Known for his use of the Sharingan, he is the first mentor of Team 7, consisting of Naruto Uzumaki, Sakura Haruno, Sai and formerly Sasuke Uchiha.

Kakashi is a character who keeps a great crack in him, and a strong feeling of guilt towards his comrades whom he could not save.

He has a scar on his left eye which he replaced with a Sharingan. He wears a blue forehead protector to hide his Sharingan, and a mask which covers the lower half of his face.

“To know what is right and choose to ignore it is the act of A coward.”

“I’m telling you this because you don’t get it. You think you get it, which is not the same as actually getting it. Get It?”

“They say that the nail that sticks up is the one that gets hammered down.”

“If comrades that you trust gather around you, hope can take physical form and become visible. That’s what I believe…”

“To abandon your duty is not courageous.”

“Some people want power and they get mad when they don’t get it. They take their fury out on everyone else. You don’t want it, it becomes you.”

“If I’m still sane by the time I finish their training, it’ll be a miracle!”

“In society, those who don’t have many abilities tend to complain more.”

“The next generation will always surpass the previous one. It’s one of those never-ending cycles in life.”

Kakashi Hatake is just an awesome character. He is naturally calm, but in a battle his manner makes it easier to stay focused on the situation.

This ultimately skill makes him notices everything around him so he can quickly adjust to any situation and steps ahead of his opponents.