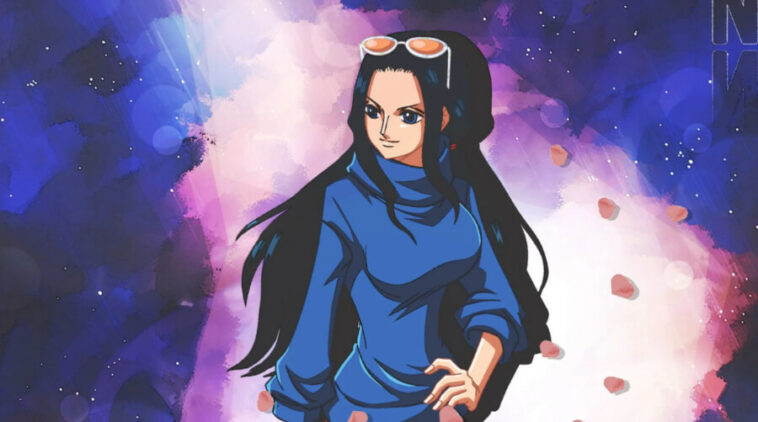 Nico Robin is one of the protagonists in One Piece. She is a crew member of Straw Hat Pirates and the archaeologist in One Piece world.

She is the sole survivor when West Blue Island Ohara was destroyed and became one of the two people who were able to read and decipher Poneglyphs. Due to this ability, she was considered threatening to the World Government.

Her appearance is tall and slender with shoulder-length black hair. Her eyes are wide with dark pupils.

Her nose is also thin and defined. In the manga, her skin tone is slightly tan, but in  the anime, her skin is rather lighter.

She has long limbs and long legs and this affects greatly on her fighting capabilities. She is also the taller woman in Straw Hat Pirates.

She was often seen wearing purple coloring clothes or colors that were dark. She wears high heels and it doesn’t affect the speed of her walks or when she fights.

“When you have a hard time, just laugh”

“Fools who don’t respect the past are doomed to repeat it.”

“When all I want is to learn of a history, there are too many enemies within my dream”

Nico Robin is one of the important characters in One Piece as she is one of two that are able to read Poneglyph and unlock information about Void Century.

That ability is also what makes her bounty the highest when she was young.