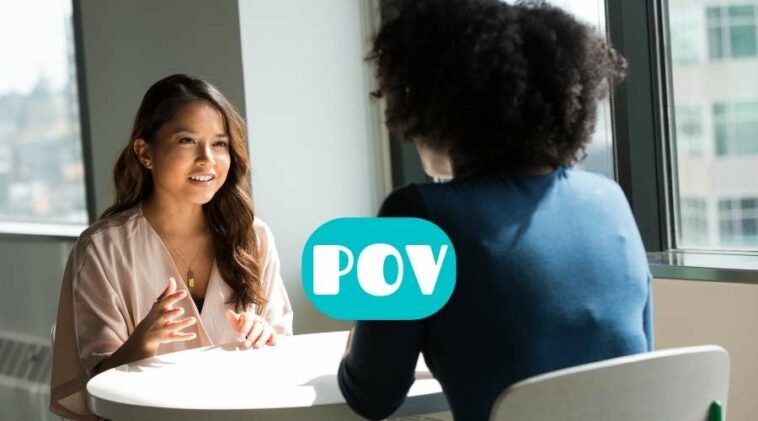 In your daily life, it is understandable if you have been seeing a lot of term ‘POV’, especially on various social media platforms.

To enrich your vocabulary in modern terms, just deep dive into this article and try to understand it fully.

Read also: What is Uwu? Meaning and Origin

POV is actually an abbreviation of ‘point of view’, a term that is usually used when telling a story based on a personal perspective.

Within this term, there is another definition: POV is used to describe a trend on TikTok that shows the creator or viewer’s point of view of a particular condition.

In terms of cinematography or movies, this term can also be described as a method of taking a scene that expresses the perspective of the director or writer or a character.

Usually, there are two main types to use this term. The first one is to describe the point of view of the main character and often used on TikTok and sports broadcasting.

Another aspect to use this term is to describe it as the opinion or perspective of someone on a discussion board.

The first usage of this term, especially in the young generation of modern culture, happened back in 2016 when TikTok started to exist.

During that year, the usage of POV started to exist and was popularized by a lot of TikTok creators and viewers.

After that, this term became widespread and even expanded to other social media platforms, such as Instagram and Tumblr.

Read also: What is WYD? Meaning and Origin

The modern slang term POV can be used in a variety of events in our daily life, starting from board discussions and even in a professional life.

You can also use this to tell a story to your friends, family, and many more to make conversation become fresh.