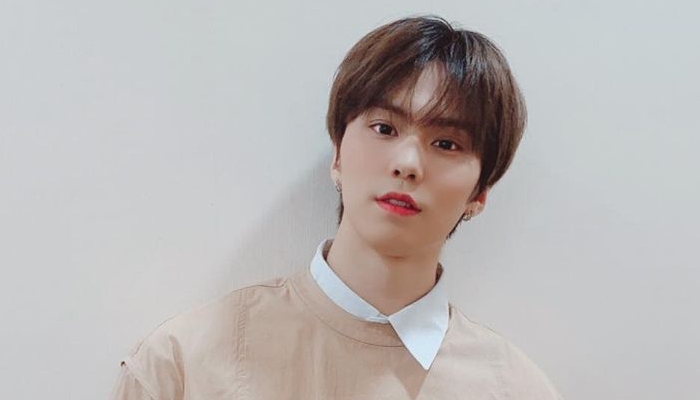 Rocky has been dancing since he was just five years old. He learned various style of dance including ballet, tap, and jazz.

Just a year later, Rocky participated in Korea’s Got Talent. Although he only got as far as the regional preliminary show, then 12 years old still got to show off his amazing dancing skill.

As Fantagio’s trainee, Rocky was part of their talent development program iTeen.

In 2015, he joined five other iTeen boys to play themselves in web series To be Continued. These boys are later known as members of new boy band Astro.

Before their official debut, Rocky and the other members also took part in reality show Astro OK! Ready. It was aired on January 2016.

The group finally made their debut by releasing an EP titled Spring Up in February.

The release was well received and got to number four on Gaon Album Chart. It also charted at number six on the Billboard World Albums Chart.

Other than being part of Astro, Rocky also has his own projects. He teamed up with singer-songwriter Chawoo in releasing digital single STAR.

The song was later included in Fantagio’s special album FM201.8-11Hz, released on December 2018.

The man from Jinju had his first solo performance during Astro’d 2nd ASTROAD To Seoul Starlight concert.

He performed the song Have A Good Day in that December 2018 concert. The song was later released along with the concert DVD in June 2019.

He is also involved in composing several songs. His most notable one is for the song Our Spring on Astro’s second studio album All Yours.

Rocky didn’t just compose the song, he also took charge in producing the music video. The video was released on May 2021.

1. Rocky is extremely charming in suit

2. All the different colors look great on him

3. He has some interesting street-style

4. Enjoying his day by the sea

5. Rocky is able to look effortlessly-cool

Rocky started out as an incredible dancer. Over the years, his talent in composing songs has also started to blossom. We are excited to see what he is going to do next.